FAKE NEWS! Lori Fullbright KOTV Lies To Viewers Says David English Was TASED! When In Fact He Was Shot DEAD By COPS

A rape and kidnapping suspect out of Rogers County is dead after an officer-involved shooting with Tulsa police on Friday. Officials told FOX23 the Northern Oklahoma Violent Crimes Task Force went to a Tulsa apartment complex to serve an arrest warrant to David English. Officials told FOX23 the task force was looking for him because English "threatened suicide by cop to others". Tulsa police learned from officers in Claremore that friends and relatives of English said he was "despondent about going back to jail and he was suicidal".Officials said English ran from police and led them on a chase to a parking lot near 46th and Mingo after avoiding stop sticks nearby. According to police, he then got out of the vehicle and "aggressed" toward police with a knife in hand. Fox23 Read More>>>>> 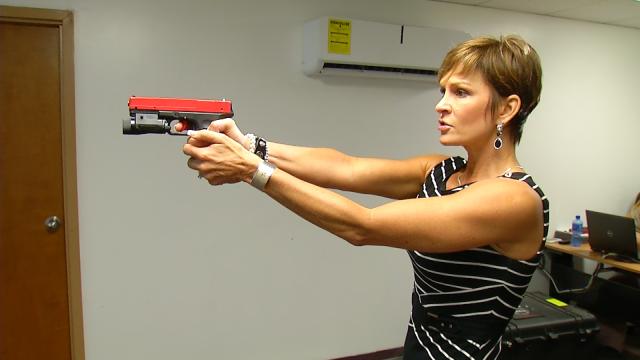