A gunman suspected of spray painting a penis on a car and was later shot by police has been identified. Jesse Enjaian, from Oakland, USA, is said to have fired a high-powered rifle at officers and residents near a high school on Friday morning.But his bizarre rampage ground to a halt after he was shot by police. According to The California Highway Patrol he was “disarmed and detained” and helicopter footage showed him being loaded into the back of an ambulance. Police were first called to reports of a sniper armed with a long range rifle at around 9am. Roads in the area were then closed and police honed in on the gunman. He was spotted shooting from the window of a house before leaving the building. He then spray painted eyes - or possibly breasts - on a garage and a penis on a white car parked on the road. But he began shooting again, aiming at a fence and a helicopter that was filming overhead. He also shot at officers, hitting the ground close to them before police shot the suspect and arrested him. Mirror Read More>>>>>>>>> 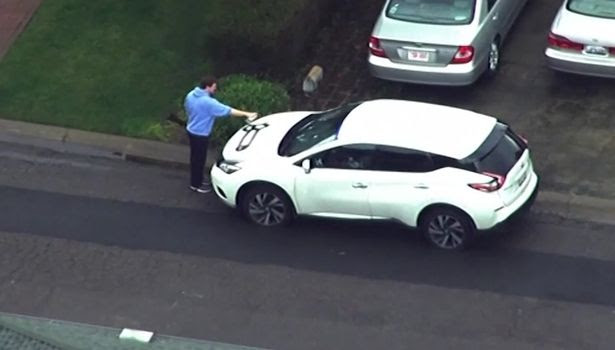 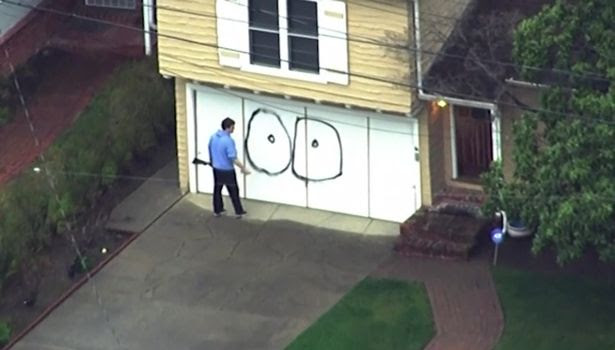