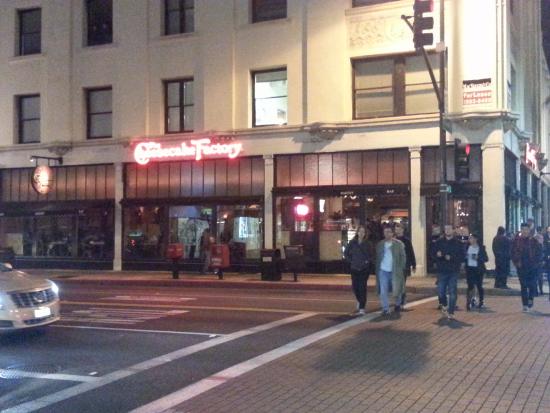 Another Muslim Refugee terror attack but no one was hurt:


A man threw an explosive pyrotechnic device into the crowded Cheesecake Factory restaurant in Old Pasadena Thursday night, sending panicky diners streaming out the exits but causing no injuries, police and witnesses said. Pasadena Police Lt. Art Chute reported that at about 6:08 p.m. a man opened the main entrance doors to the Cheesecake Factory, located on the southwest corner of the intersection of Colorado Boulevard and Fair Oaks Avenue, and tossed inside what appeared to be a home-made pyrotechnic explosive device containing gunpowder.The device discharged and issued smoke, causing customers to flee, according to witnesses. There were no injuries, Chute said. Witnesses said there was no significant damage to restaurant. KNBC-TV reports indicated that the device ended up underneath an unoccupied table which shielded the force of the explosion. Fleeing diners left behind partially-eaten dinners, cell phones and even a baby stroller in their haste. A woman who said she was dining in the restaurant said “a man (looked Middle Eastern) open[ed] the door to the restaurant, threw something that looked like a ball inside then closed the door and took off running, then within seconds you hear an explosion sound and everyone started running.” Pasadena Now