Muslim took advantage of the situation and murdered the two girls. It was a crime of opportunity.

The Muslim refugee is not from the area, simply because he has not been identified by anyone.

Or if the Muslim killer is from the area, then the Muslim community is not coming forward - which means that they are protecting the killer.

Police released partial voice recording of the Muslim telling the girls: 'Down the hill' 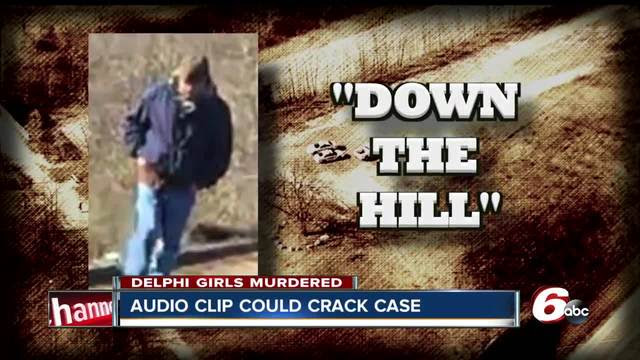 The voice sounds like he is from  Southern Indiana or Tennessee.

Muslim refugees do pick up accents, and this one apparently has.

Apparently the Muslim killer did not think to collect the cell phones.

Now that his image is all over the place, the Muslim will head to Canada to be welcomed in with open arms by the Canadian Authorities.

OTTAWA — As desperate asylum seekers continue to flee the Trump administration’s immigration crackdown by crossing into Canada, concern is growing here over whether the country will be able to cope if the number of migrants keeps growing. Stories of migrants hauling children and suitcases across frozen fields and snow-covered ditches into Canada have become headline news. The asylum seekers, who are fleeing President Trump’s travel and refugee bans as well as stepped-up arrests of undocumented immigrants, have received warm welcomes. But opposition politicians are criticizing the government of Justin Trudeau for being too harsh or too lax in its approach. WP Read More>>>>>>>

Some unanswered questions that police refuse to answer, and at the same time the police complain to the public for speculating on social media.

The authorities have a hard time making the connection - if youre not forthright with the public then the public will make their own conclusions and the speculation will continue.

The girls took a picture of the man.

The man did not want to be photographed.

The man pulled a gun and told the girls to go down the hill.

The man then shot the two girls at the river bank.

The man then fled to his vehicle.

Why didn't he confiscate the cell phones?

Maybe he thought only one of the girls had the cell phone and that's the one he took - leaving the other cell phone behind.