Sodomite ATHEIST Robert Hyslop, 49, Charged With Kidnapping Two Evangelical College Students And Made Them Perform Sex Acts On Each Other At Gunpoint 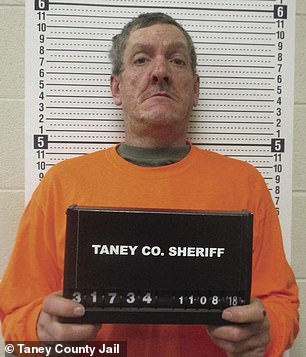 Evangelicals are not known for purity of heart, Chasity or Virginity...so forcing two Evangelicals into having sex was probably not difficult...

How many stories of CATHOLIC saints are there who would rather die then give into impurity?

A convicted felon has been charged with abducting two Christian college students and forcing them to perform sex acts on each other at gunpoint after they violated curfew and were locked out of their southwest Missouri campus. Robert Hyslop, 49, of Branson, Missouri, was booked into the Taney County Jail without bond on charges of kidnapping, sexual abuse and sodomy. If convicted, he could face life in prison. College of the Ozarks, a Christian liberal-arts college in the small town of Point Lookout, has a 1am. curfew. Gates to the front entrance, known as the Gates of Opportunity, remain locked until 5am. Source
at November 12, 2018