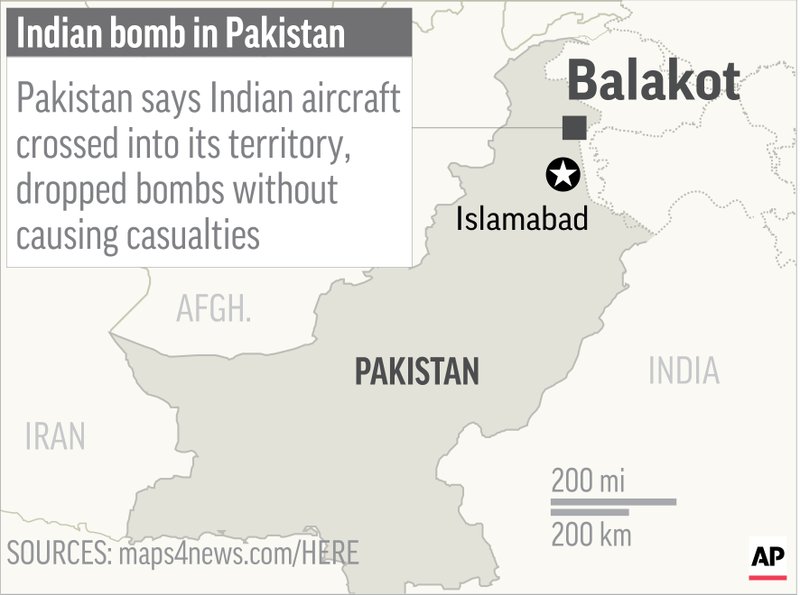 BALAKOT, Pakistan (AP) — A pre-dawn airstrike inside Pakistan that India said targeted a terrorist training camp and killed a “very large number” of militants ratcheted up tensions on Tuesday between the two nuclear-armed rivals at odds over the disputed territory of Kashmir. Islamabad said there were no casualties in the strike near the town of Balakot, close to the border with Pakistan’s sector of Kashmir, where residents said loud explosions woke them up, rattling their homes. “It was the middle of the night, we were very scared,” one resident, 20-year old Mohammad Abbas to The Associated Press. “We didn’t think for a moment that it was from planes but the explosions were very powerful.” Pakistan’s military cordoned off the area and kept reporters about a kilometer (half a mile) from the bombing site. Source