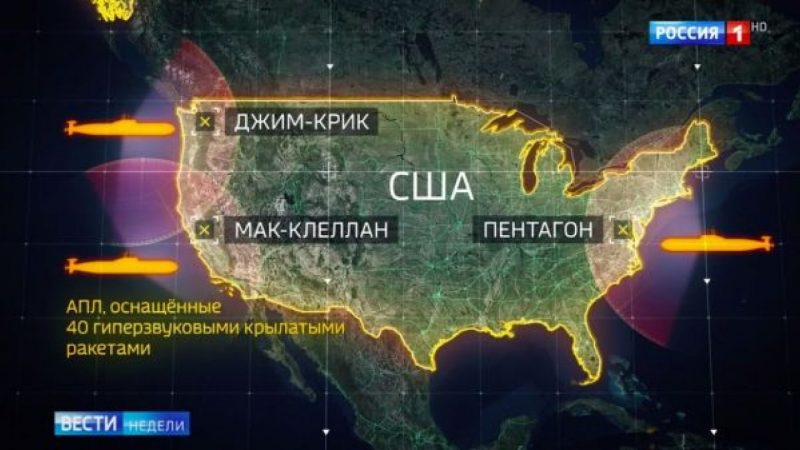 MOSCOW (Reuters) - Russian state television has listed U.S. military facilities that Moscow would target in the event of a nuclear strike, and said that a hypersonic missile Russia is developing would be able to hit them in less than five minutes. The targets included the Pentagon and the presidential retreat in Camp David, Maryland. The report, unusual even by the sometimes bellicose standards of Russian state TV, was broadcast on Sunday evening, days after President Vladimir Putin said Moscow was militarily ready for a “Cuban Missile”-style crisis if the United States wanted one. Source