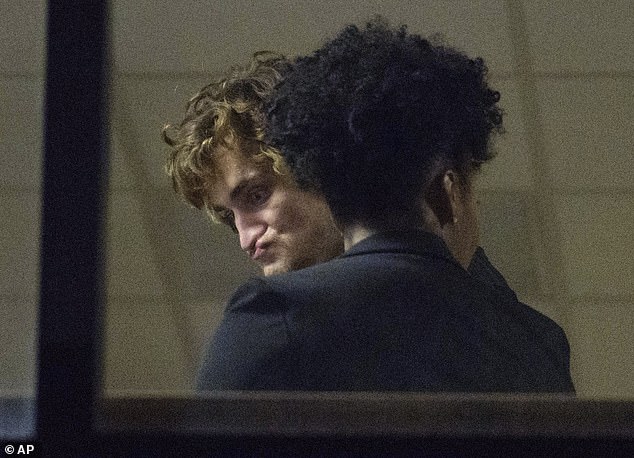 Louisiana quintuple slaying suspect, 21, grimaces as he is booked for murders of his parents after confessing to killing them and three others and being swiftly extradited

The man suspected of killing five people, including his parents, in Louisiana has been extradited back to the state where he grimaced as he faced murder charges. Dakota Michael Theriot, 21, was extradited by plane on Friday from Virginia to Louisiana, where he was booked into the Ascension County Jail on murder charges. Theriot reportedly declined to fight extradition back to Louisiana after he was arrested on Sunday in Warsaw, Virginia, where deputies were lying in wait for him at his grandmother's home. Though Theriot flew up his grandma's driveway with a gun pointing out of the window of his pickup truck, he surrendered without incident. His court-appointed lawyer says that Theriot made the trip to Virginia to try to hug and kiss two aunts and grandmother goodbye before going to prison. 'He basically wanted to say 'I love you, I'm sorry,'' attorney Steve Barnette said. 'He knows he's probably never going to see the outside of a jail again.' Source