No Election Fraud In An Imperial Election For The Ruler Of the World The Holy Roman Emperor - Only Seven Votes Are Counted! 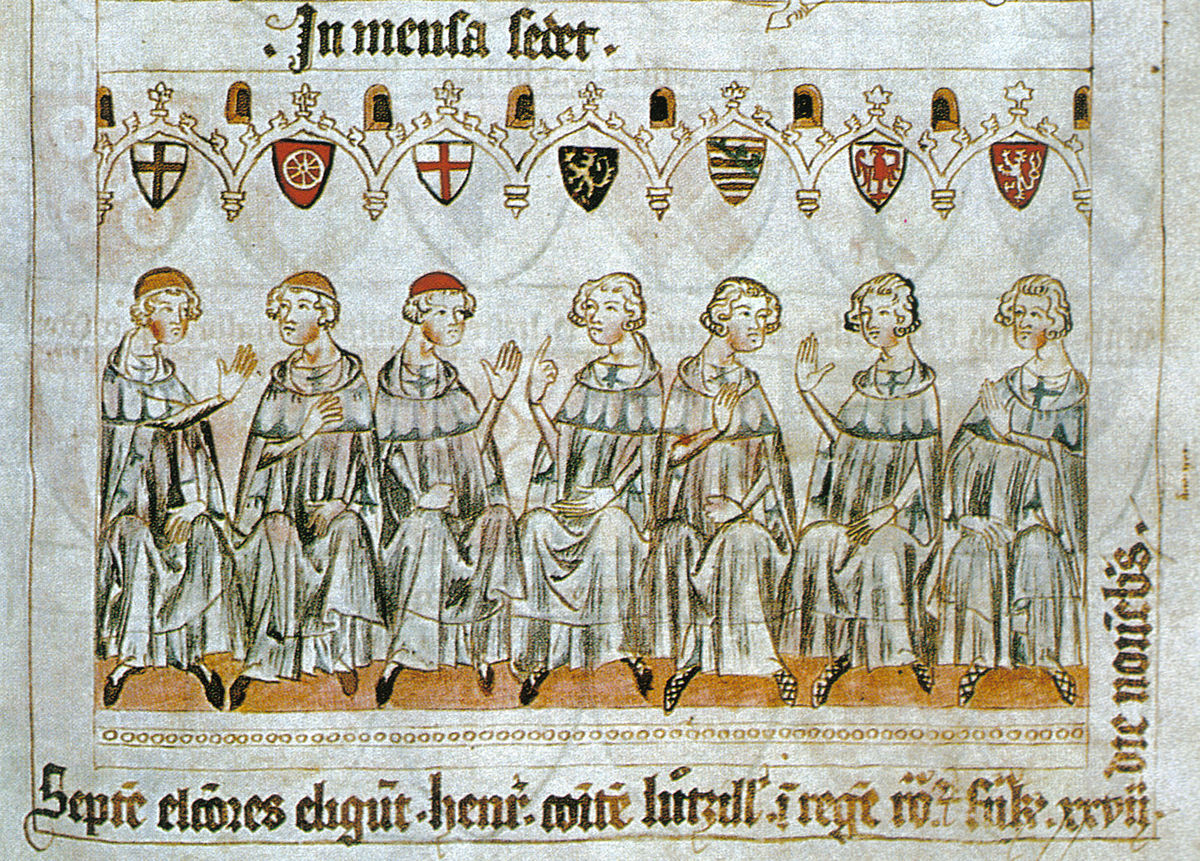 Only seven cast a ballot - easy to count - All Seven Electors must be in a STATE OF GRACE before casting a ballot. The Seven spend nine days in prayer locked away in a Chapel attending Mass and confessing their sins to a priest.
Spiritual Electors
Temporal electors
The Archbishop of Mainz is responsible for calling the electors together to cast a ballot for the next Holy Roman Emperor.
The Golden Bull of the Emperor Charles IV 1356 A.D.
Concerning the election of a king of the Romans.
(1) After, moreover, the oft-mentioned electors or their envoys shall have entered the city of Frankfort, they shall straightway on the following day at dawn, in the church of St. Bartholomew the apostle, in the presence of all of them cause a mass to be sung to the Holy Spirit, that the Holy Spirit himself may illumine their hearts and infuse the light of his virtue into their senses; so that they, armed with his protection, may be able to elect a just, good and useful man as king of the Romans and future emperor, and as a safeguard for the people of Christ. After such mass has been performed all those electors or their envoys shall approach the altar on which that mass has been celebrated, and there the ecclesiastical prince electors, before the gospel of St. John: " In the beginning was the word," which must there be placed before them, shall place their hands with reverence upon their breasts. But the secular prince electors shall actually touch the said gospel with their hands. And all of them, with all their followers, shall stand there unarmed. And the archbishop of Mainz shall give to them the form of the oath, and he together with them, and they, or the envoys of the absent ones, together with him, shall take the oath in common as follows:
(2) " I, archbishop of Mainz, arch-chancellor of the holy empire throughout Germany, and prince elector, do swear on this holy gospel of God here actually placed before me, that I, through the faith which binds me to God and to the holy Roman empire, do intend by the help of God, to the utmost extent of my discretion and intelligence, and in accordance with the said faith, to elect one who will be suitable, as far as my discretion and discernment can tell for a temporal head of the Christian people,-that is, a king of the Romans and prospective emperor. And my voice and vote, or said election, I will give without any pact, payment, price, or promise, or whatever such things may be called. So help me God and all the saints."
(3) Such oath having been taken by the electors or their envoys in the aforesaid form and manner, they shall then proceed to the election. And from now on they shall not disperse from the said city of Frankfort until the majority of them shall have elected a temporal head for the world and for the Christian people; a king, namely, of the Romans and prospective emperor. But if they shall fail to do this within thirty days, counting continuously from the day when they took the aforesaid oath: when those thirty days are over, from that time on they shall live on bread and water, and by no means leave the aforesaid city unless first through them, or the majority of them, a ruler or temporal head of the faithful shall have been elected, as was said before.
(4) Moreover after they, or the majority of them, shall have made their choice in that place, such election shall in future be considered and looked upon as if it had been unanimously carried through by all of them, no one dissenting. And if any one of the electors or their aforesaid envoys should happen for a time to be detained and to be absent or late, provided he arrive before the said election has been consummated, we decree that he shall be admitted to the election in the stage at which it was at the actual time of his coming. And since by ancient approved and laudable custom what follows has always been observed inviolately, therefore we also do establish and decree by the plenitude of the imperial power that he who shall have, in the aforesaid manner, been elected king of the Romans, shall, directly after such election shall have been held, and before he shall attend to any other cases or matters by virtue of his imperial office, without delay or contradiction, confirm and approve, by his letters and seals, to each and all of the elector princes, ecclesiastical and secular, who are known to be the nearer members of the holy empire, all their privileges, charters, rights, liberties, ancient customs, and also their dignities and whatever they shall have obtained and possessed from the empire before the day of the election. And he shall renew to them all the above after he shall have been crowned with the imperial adornments. Moreover, the elected king shall make such confirmation to each prince elector in particular, first as king, then, renewing it, under his title as emperor; and, in there matters, he shall be bound by no means to impede either those same princes in general or any one of them in particular, but rather to promote them with his favour and without guile.
(5) In a case, finally, where three prince electors in person, or the envoys of the absent ones, shall elect as king of the Romans a fourth from among themselves or from among their whole number-an elector prince, namely, who is either present or absent:-we decree that the vote of that person who has been elected, if he shall be present, or of his envoys if he shall chance to be absent, shall have full vigour and shall increase the number of those electing, and shall constitute a majority like that of the other prince electors.