Stop The Vote!' Trump Supporters Demand Vote To Be Stopped In Michigan 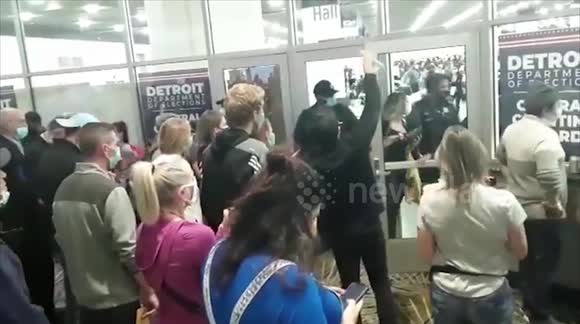 Dozens of supporters of President Donald Trump chanting “Stop the count!” descended on a vote-tallying center in Detroit on Wednesday, as Americans on both sides of the political divide vented their anger and frustration over the undecided presidential contest at scattered protests around the country. The Detroit protests started shortly before The Associated Press declared that former Vice President Joe Biden had won Michigan. Video shot by local media showed people gathered outside the TCF Center and inside the lobby, with police officers lined up to keep them from entering the counting area. They chanted "Stop the count!” and “Stop the vote!” Source