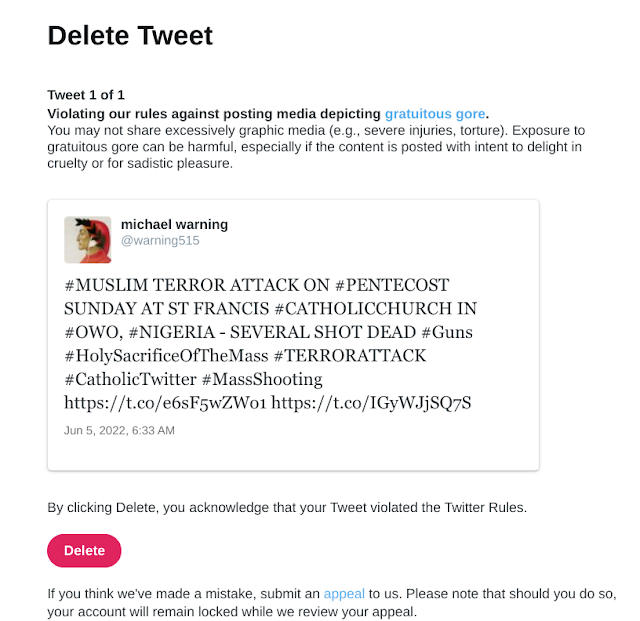 Manhunt underway in Nigeria for gunmen who killed 50 people at church
Nigerian authorities are searching for several gunmen involved in a killing spree Sunday at a Catholic church in the town of Owo that left at least 50 people dead. Witnesses said that the suspects opened fire inside and outside the building in what officials and analysts called a carefully planned attack. “The attack is undoubtedly terrorist in nature, and the scale and brutality suggests it was carefully planned rather than impulsive,” Eric Humphery-Smith, a senior Africa analyst at Verisk Maplecroft risk intelligence consultancy, told the Associated Press. Nigerian security forces said that explosives were used in the violent assault at St. Francis Church, but the assailants were able to escape. Local residents told Amnesty International that the attack lasted about 15 minutes before security forces responded to the scene. Source
at June 07, 2022