The United States killed al Qaeda leader Ayman Al-Zawahri in a drone strike over the weekend, an operation that included tracking him down through his family, a senior administration official confirmed to reporters. The strike, carried out by a CIA-operated Air Force drone, occurred at 6:18 a.m. Sunday local time in Kabul as the al Qaeda leader stood on the balcony of his house, the official said. A person familiar with the operation separately said it took “a few days” to confirm the killing because the U.S. doesn’t “have many assets on the ground.”Zawahri never achieved the household name status of his predecessor, Osama bin Laden, but his killing is nonetheless a major win for the United States in the ongoing struggle against Islamist terrorism, especially as the United Nations warns that the terrorist group is outpacing its peers — like the Islamic State — as a long-term global threat. In a speech announcing the operation, President Joe Biden said he gave the final approval to kill Zawahri, who was still planning attacks against the U.S. and its allied. “Justice has been delivered, and this terrorist leader is no more,” he added. Minutes before that address, a senior administration official spoke to reporters on how Zawahri was hunted, found and then killed. Source 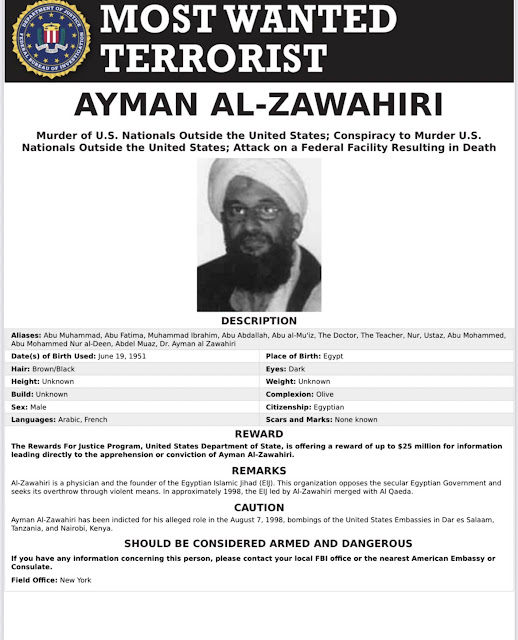