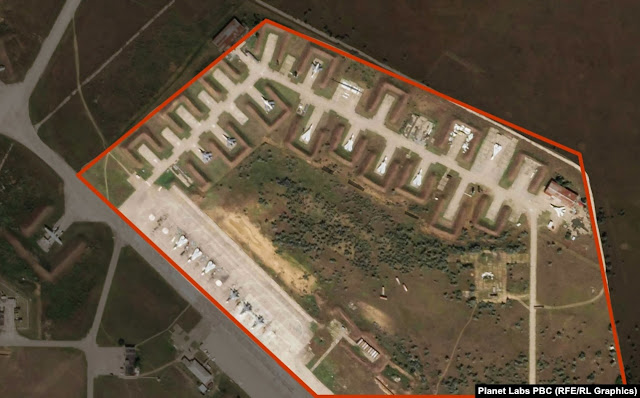 Satellite Images Of Russian Base In Occupied Crimea Before And After Massive Explosions
Satellite images taken shortly before and after explosions rocked a Russian air base in occupied Crimea reveal the damaged inflicted by the blasts. Unidentified Ukrainian officials have told U.S. media that their armed forces were responsible for the explosions but did not give further details. Such a move would be a significant escalation in the war. Russian officials say an accidental munitions explosion caused the blasts. Russia seized the peninsula from Ukraine in 2014 and has used the base for launching air attacks against Kyiv's forces. Source 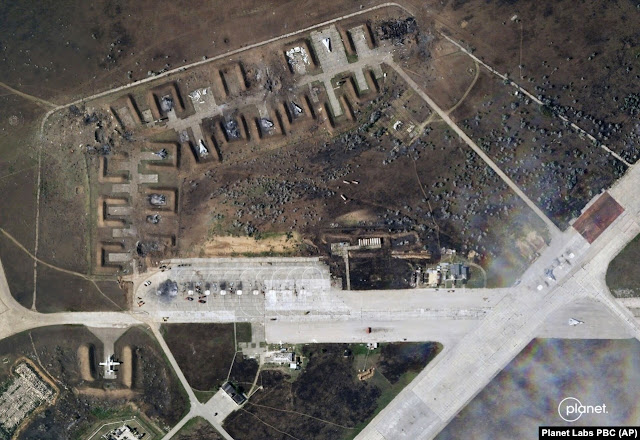 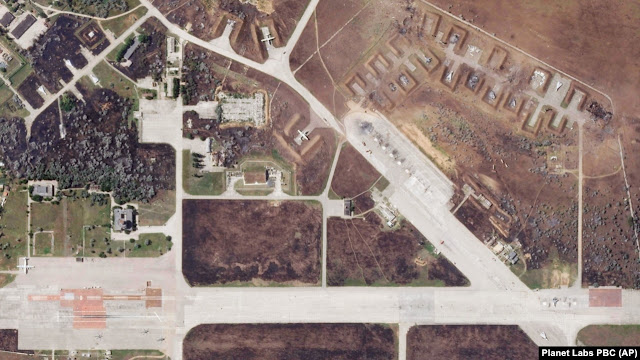