Should Trump Be Executed Like The Rosenbergs For Giving Nuclear Weapon Secrets To Putin And The Russians? How Much Did The Russians Pay Trump? 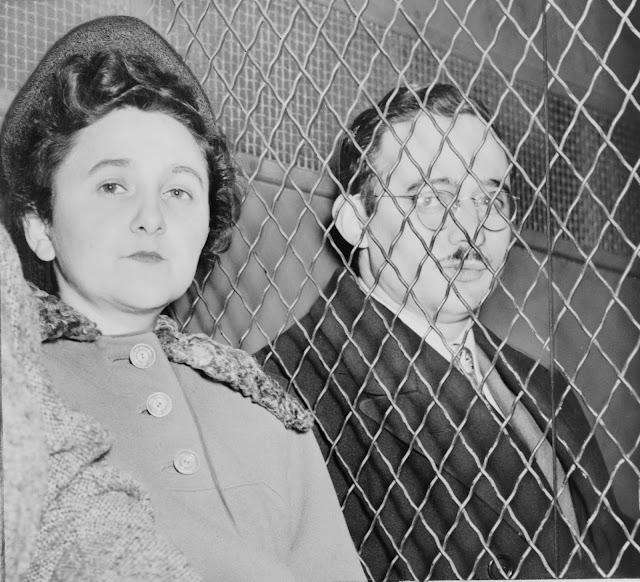 EXECUTED
19 JUNE 1953
Ex-CIA chief endorses executing leakers of nuclear secrets after Trump raid bombshell
Former CIA Director Michael Hayden responded approvingly to a tweet talking about executions for those who spill nuclear secrets after it was reported that FBI agents were searching for classified documents related to nuclear weapons during their raid of former President Donald Trump's Mar-a-Lago resort. A tweet Thursday evening from presidential historian and NBC contributor Michael Beschloss makes no mention of Trump but did refer to Julius and Ethel Rosenberg, a couple convicted of espionage for their role in sharing atomic secrets with the Soviet Union. "Rosenbergs were convicted for giving U.S. nuclear secrets to Moscow, and were executed June 1953," he said, along with a photo. Sources told the Washington Post that such classified information was among the items agents look for in the search but declined to speak about any other materials that may have been sought. It remains unclear whether they found any nuclear documents. The report said the Justice Department and FBI declined to comment. Trump claims he has been cooperating with investigators looking for documents and decried the raid as being politically motivated. Trump attorney Christina Bobb cast doubt on there being nuclear records at Mar-a-Lago but could not say for certain when pressed Thursday evening by Fox News host Laura Ingraham. "I have not specifically spoken to the president about what nuclear materials may or may not have been in there. I do not believe there were any in there," she said, noting that Trump's legal team has been thorough in finding documents to hand over to the Biden administration. Source

Meanwhile in Russia: Putin's mouthpieces on state TV are taunting America about "Top Secret" documents sought during the raid of Trump's estate, which they claim had to do with the newest nuclear weapons developed by the US and gleefully imply that Moscow already got to see them. pic.twitter.com/hmmphB4Utf