House 'filled with cat urine and rotten food' is discovered after cop found boy, 7, on the street trying to sell his TEDDY BEAR for a meal - but his mom insists she's done nothing wrong in angry rant at police:

A police officer said he was 'heartbroken' when he found a seven-year-old boy trying to sell a teddy bear on the street in order to eat for the first time in days. Officer Steve Dunham took the boy to Subway - but it wasn't until two other officers appeared at his home in Franklin, Ohio, that they realized he had been living among garbage, cat urine and liquor bottles. Parents Tammi and Michael Bethel, who told police they didn't realize their son had gone missing, have been charged with five counts of child endangerment each. But the mother-of-five hit back on Friday, commenting on the Franklin Police Department's Facebook post about the incident to defend the state of her home. Daily Mail Read More>>>>>>> 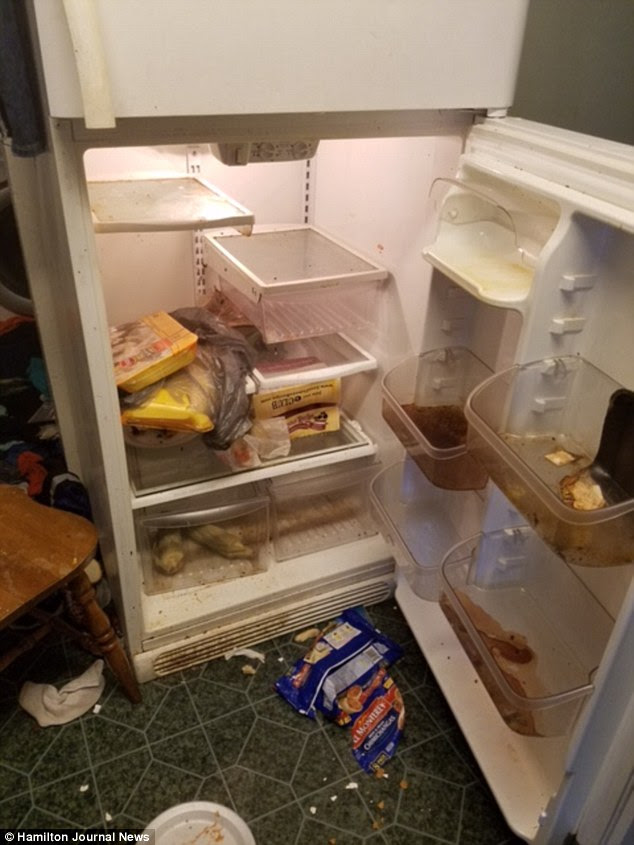