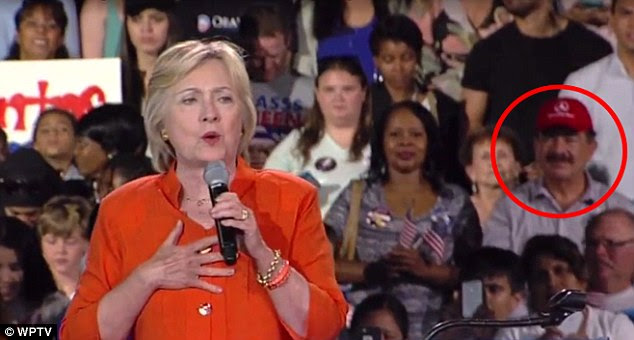 Orlando night club shooter's father spotted is spotted grinning behind Hillary Clinton at rally in Florida
The father of the Orlando nightclub shooter has been spotted at a Hillary Clinton rally. Seddique Mateen, whose son Omar killed 49 people at Pulse nightclub on June 12, sat with a smile on his face behind the Democratic presidential nominee. The former secretary of state started her address to the crowd on Monday night in Kissimmee, Florida, by paying tribute to the victims of the horrific terrorist attack. She was speaking at the Osceola Heritage Park - which is just a 30 minute drive from where the worst mass shooting in American history took place. Mateen, a pro-Taliban political activist, later said he was there because he's a member of the Democrats and had been 'invited'. But it's not known if anyone from the Clinton campaign knew he was there. Daily Mail Read More>>>>>