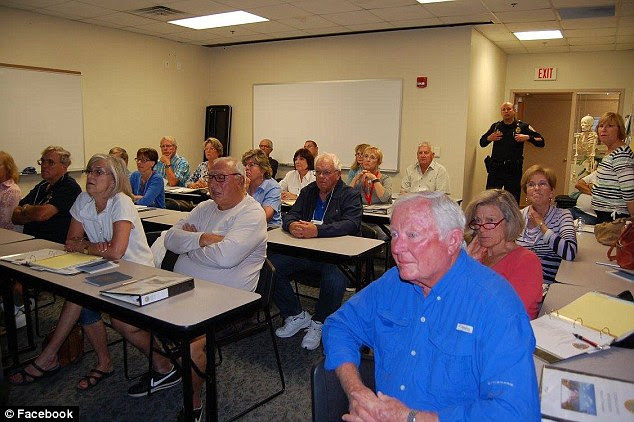 A Florida woman has been accidentally shot to death in front of 34 people by an officer during a citizens academy exercise, according to Punta Gorda police. Punta Gorda Police Chief Tom Lewis says Mary Knowlton, 73, was taking part in a role-playing scenario Tuesday when she was 'mistakenly struck with a live round'. Lewis says Knowlton was chosen randomly from about 35 people in the class for a 'shoot/don't shoot' simulation during the Citizen Police Academy at the station headquarters.Sue Paquin, a photographer covering the event for the Charlotte Sun, witnessed the accident and told the Fort Myers News-Press the officer fired at Knowlton, who was playing the 'bad guy' during the scenario, several times. The officer was supposed to fire blanks at Knowlton, but live rounds were loaded in the gun, according to WINK News. Knowlton's class met at the Punta Gorda Police Department around 5.30pm and the shooting occurred just before 7pm. Daily Mail Read More>>>>>> 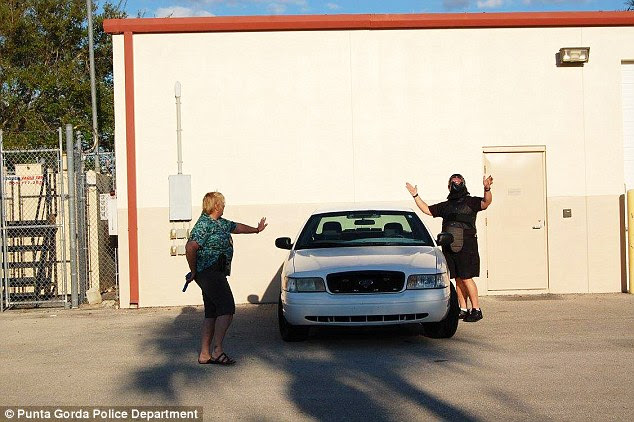