A former UKIP councillor has been found guilty of murdering his wife, after he had an affair with their son's partner. Stephen Searle, 64, strangled his wife Anne at their home in Stowmarket, Suffolk, on 30 December. The ex-Royal Marine had denied killing Mrs Searle, 62, after she found out about the affair with Anastasia Pomiateeva. He was found guilty by a jury at Ipswich Crown Court and will be sentenced on Wednesday. Judge Mr Justice Green said Searle's "act of infidelity in one way or another led to this". It took the jury three-and-a-half hours to find him guilty of murder, after a six-day trial. Searle had previously told a jury his wife had uncovered his affair with Ms Pomiateeva, who is the mother to at least one of their grandchildren, months before she died. He claimed that on the day of her death, his wife of 45 years had attacked him with a knife following an argument and was killed in the struggle that ensued. He had told the court he did not intend to murder her, failed to call an ambulance after the attack and instead "sat there like a bloody idiot". Source 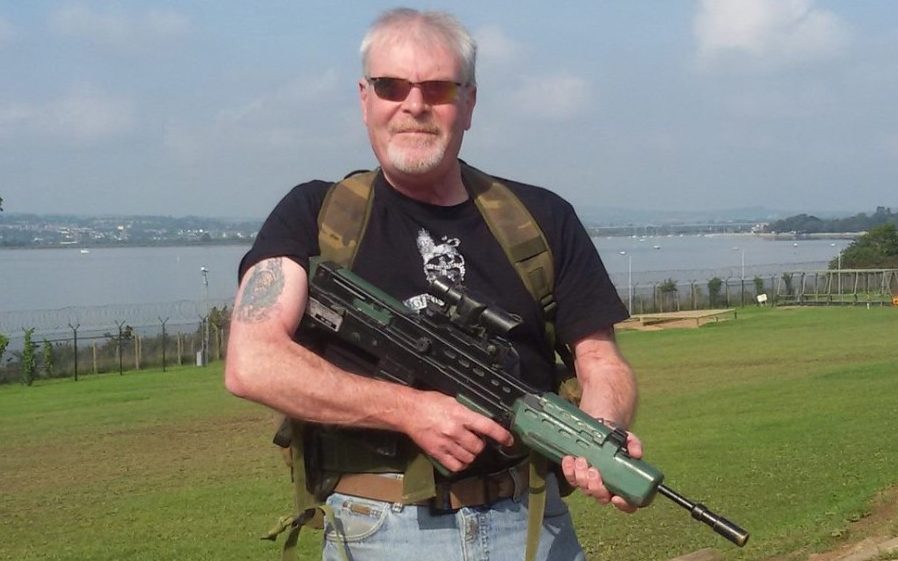