Taking Down Duterte One Mayor At A Time..... Second Philippine Mayor Shot Dead In Two Days 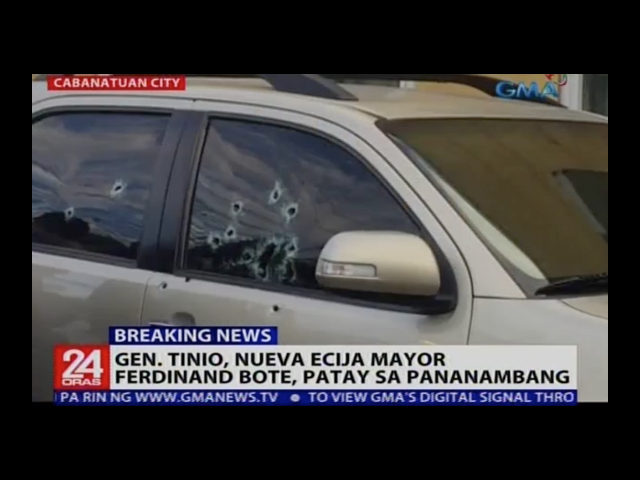 MANILA (7th UPDATE) - Mayor Ferdinand Bote of General Tinio town, Nueva Ecija was shot dead Tuesday, police said. The incident came a day after Tanauan City Mayor Antonio Halili was gunned down during a flag-raising ceremony in Batangas Monday. Philippine National Police (PNP) chief Director Oscar Albayalde said the mayor was shot by unidentified gunmen on board a motorcycle after coming from the National Irrigation Administration (NIA) office in Cabanatuan City. NIA-Cabanatuan division manager Rose Bote (not related to the mayor) said the official was on his way out of the state agency's office on board his vehicle around 4:30 p.m. when he was gunned down by an unidentified assailant......Bote was declared dead on arrival at the hospital after sustaining 18 gunshot wounds in the different parts of his body. Source