FRANCE: MUSLIM Street Prayers In France Are To Establish Dominance...... 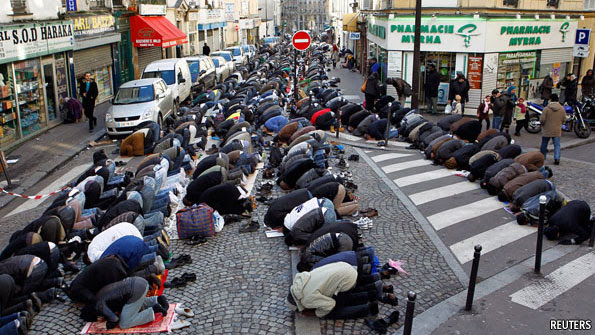 Former French politician: Muslim street prayers are about taking over the streets and show superiority

Céline Pina, an ex-member of France’s Socialist Party (PS), is interviewed on French national television in a TV show hosted by David Pujadas. Reacting to the increasing number of street prayers in France she says: “There is no need to occupy the street. But why occupy the street? (…) because the point of the game is to mark the appropriation, because the point of the game is the visibility.” “There is clearly a form of takeover, and the third message is to show that the faith is superior to the law and that the determination of the faithful allows them at the same time to occupy the public space and it is limitless, since the public authority, the politicians, don’t put an end to it, even if it’s completely illegal,” she adds. Source