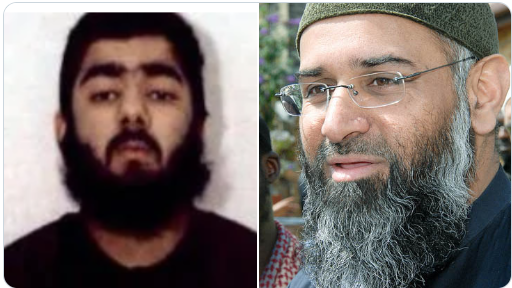 The London Bridge attacker, Usman Khan said he wanted to live his life "as a good citizen of Britain" after he was jailed on terrorism charges in 2012.

Khan, a convicted terrorist released less than seven years into a 16-year prison sentence for a plot to bomb the London Stock Exchange, had Anjem Choudary’s private mobile phone number stored on his phone at the time of his initial arrest, the Henry Jackson Society has found.

After he was convicted in 2012, Khan asked his lawyer to be enrolled in a programme of deradicalisation to "prove to the authorities" that he was no longer "immature", a letter obtained by ITV shows.

He said he wanted to "learn Islam and its teachings" through a course run by the Home Office, and "live my life as a good Muslim".

Before his conviction for the LSE terror plot, police had previously raided his home in Tunstall over concerns about his links to Choudary.

Dr Paul Stott a research fellow at the Centre on Radicalisation and Terrorism at Henry Jackson Society, said that "all these years later, and Anjem Choudary’s one-time acolytes are still butchering members of the public on our streets". Source