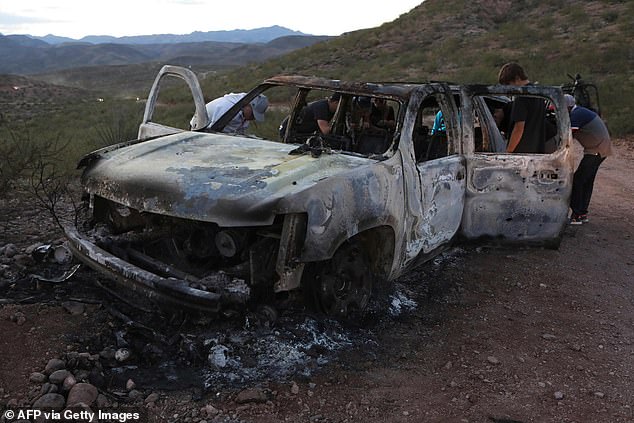 Authorities believe a fierce rivalry between two Mexican drug cartels fighting for control is to blame for the massacre of nine Americans - as they investigate another fatal shootout between the gangs just hours before the Mormon family were slaughtered.   The nine LeBaron family victims, including three mothers and six children, were gunned down on Monday morning while traveling in three SUVS from the Mormon community where they live in Sonora state.   Mexican officials say the family were victims of a territorial dispute between an arm of El Chapo's Sinaloa Cartel and its Juarez Cartel rival.  Authorities believe the family may have been used to lure one side into a firefight.   They have specifically blamed the Juarez Cartel and its armed wing La Linea for the attack on the LeBaron family.   The area in Sonora state where the family was killed is dominated by a Sinaloa cartel offshoot called the Salazar. Source