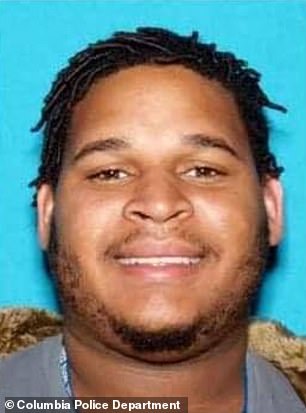 Popeyes worker who 'body-slammed' a customer, 55, leaving her with a broken leg and six broken ribs is arrested as it's revealed altercation happened because she was charged twice for her $13.11 meal

A Popeyes employee has been arrested after being caught on video body-slamming a customer outside a Tennessee store. Deriance Ra'Shaiel Hughes, 29, has been charged with felony aggravated assault after allegedly attacking Debra Staggs in a dispute over her check. Rocky McElhaney Law Firm which is representing Staggs, 55, said she was trying to get a refund after being charged twice for her $13.11 meal. Video of the attack quickly went viral with the footage showing people chasing Staggs outside the restaurant. She is then body slammed to the ground by a man who is now believed to be Hughes. Staggs has been left with a broken leg, nine fractures in her elbow and six broken ribs. She has already had two operations and is expected to need months of rehabilitation. Source