LONDON: Muslim Stabbed To Death By A Muslim During A Knife Awareness Class.... 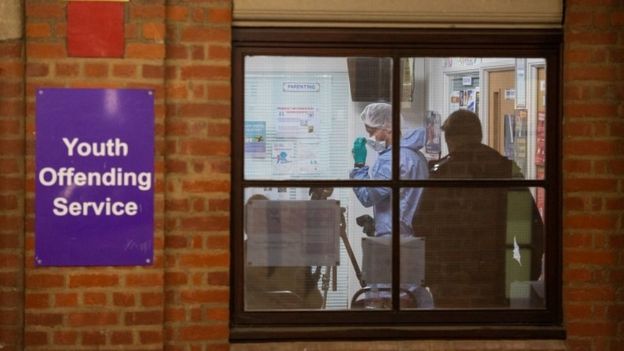 A teenager has been charged with murder after an 18-year-old man attending a knife awareness course was killed. Police were called to reports of a stabbing at the youth offending service in Hillingdon Civic Centre, Uxbridge, at around 4.40pm on Thursday. Officers and the London Ambulance Service attended and found Hakim Ishmael Daba Sillah with a critical stab injury. He was taken to a west London hospital where he died at 5.25pm. A 17-year-old boy arrested on suspicion of murder has now been charged and will appear before Uxbridge Magistrates' Court on Saturday. The officer in charge of the case said that the boys attending the council-run course were all young offenders and were there by appointment but he was not aware of any specific security at the event.A teenager, who knew Hakim from secondary school, said he was a "caring" person who enjoyed dancing and freestyle rapping and was know among friends for his freestyle videos. "He was always smiling and he was always so positive," she said. "He was a lovely caring guy. "He used to do freestlye and he wanted to be a rapper. Everybody loved him." Source