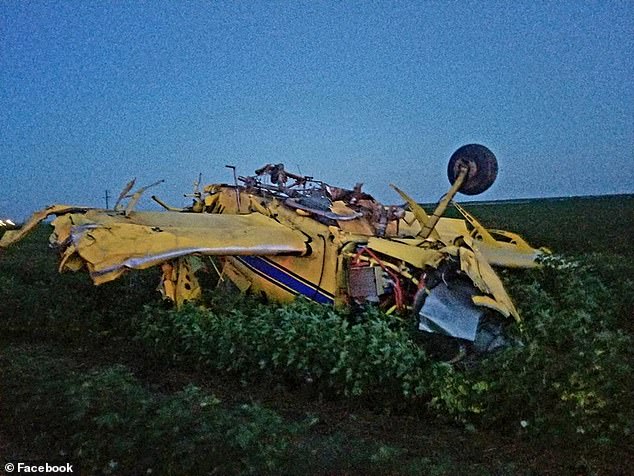 Pilot, 49, crashes his single-seat duster airplane in Texas field during botched gender reveal - but not before billowing out PINK water

Yet another gender reveal has gone awry, this time resulting in a plane crash that miraculously did not result in any life-threatening. Raj Horan, 49, had been flying his 2013 AT-602 Air Tractor for a gender reveal party near Turkey, Texas. The Plainview resident had been flying low so that he could dump about 350 gallons of pink water for a gender reveal, a report from the National Transportation Safety Board details. According to the NTSB, Horan's plane 'got too slow' before stalling aerodynamically. It then clipped the ground before crashing and flipping over. Pictures from the Turkey Volunteer Fire Department and EMS show the aftermath, with the wreckage still flipped over. Source