But understand this: there will be terrifying times in the last days.People will be self-centered and lovers of money, proud, haughty, abusive, disobedient to their parents, ungrateful, irreligious, callous, implacable, slanderous, licentious, brutal, hating what is good, traitors, reckless, conceited, lovers of pleasure rather than lovers of God, as they make a pretense of religion but deny its power. Reject them. (2 Timothy 3.1-5)


“The true faith to the Lord having been forgotten, each individual will want to be on his own and be superior to people of same identity, they will abolish civil rights as well as ecclesiastical, all order and all justice would be trampled underfoot and only homicides, hate, jealousy, lies and dissension would be seen without love for country or family. Our Lady of La Salette 19 Sept. 1846 (Published by Mélanie 1879) 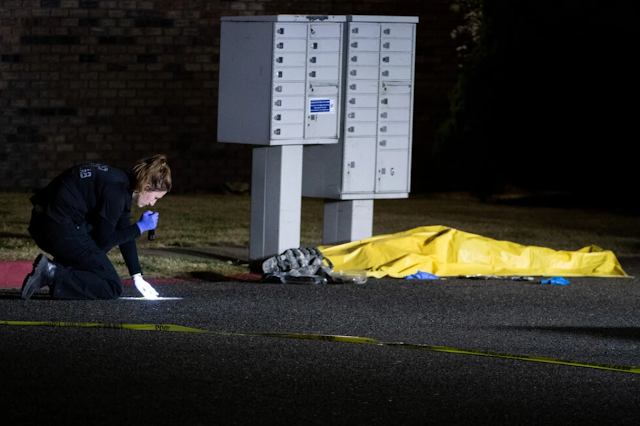 Suspect in Fatal Portland Shooting Is Killed by Officers During Arrest

Law enforcement agents killed Michael Forest Reinoehl while trying to arrest him, four officials said. He was being investigated in the fatal shooting of a supporter of a far-right group.

LACEY, Wash. — Law enforcement agents shot and killed an antifa supporter on Thursday as they moved to arrest him in the fatal shooting of a right-wing activist who was part of a pro-Trump caravan in Portland, Ore., officials said.

The suspect, Michael Forest Reinoehl, 48, was shot by officers from a federally led fugitive task force during the encounter in Washington State, according to the U.S. Marshals Service.

“Initial reports indicate the suspect produced a firearm, threatening the lives of law enforcement officers,” the Marshals Service said in a statement. “Task force members responded to the threat and struck the suspect who was pronounced dead at the scene.” Source