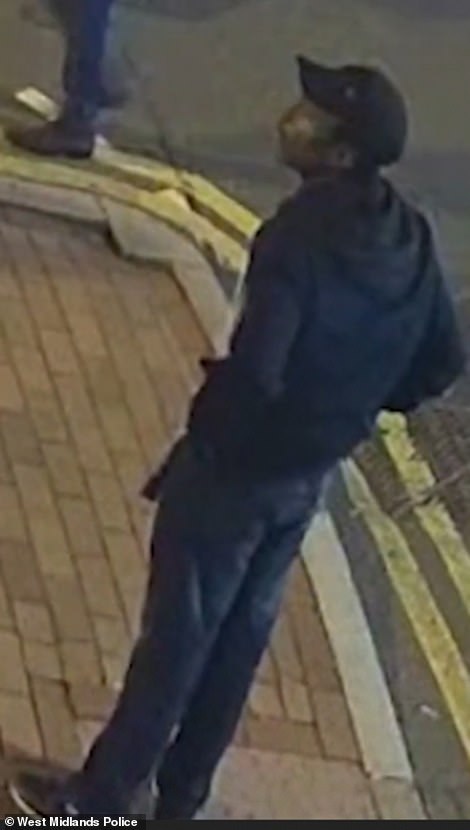 Muslim arrested in his jammies....

Armed police arrest 'squirming' Birmingham stabbings suspect, 27, in his pyjamas in dawn raid after knife rampage left one dead and seven injured - as police launch probe into why attacker was allowed to run amok for almost two hours

Armed police dragged the 'squirming' 27-year-old Birmingham knife rampage suspect out of his home in a dramatic dawn raid this morning, a day after a city centre stabbing spree that left a man dead and seven injured. The man, dressed in pyjamas, was said to be 'terrified' as he was arrested by armed police at 4am this morning in the Selly Oak area of the city, around three miles from the scene of the knife rampage. The random attacks took place across 90 minutes in four areas of Birmingham city centre in the early hours of Sunday morning and sparked a huge manhunt for the knifeman - as police launch an investigation into how the stabbing spree was allowed to continue for almost two hours.A 23-year-old man was killed, while a woman, 32, and another man, 19, are in a critical condition and five others suffered less serious injuries. Horrified witnesses revealed how they saw the 'chilled' suspect stab random victims in the head and neck and, when confronted, say 'whatever'. Source 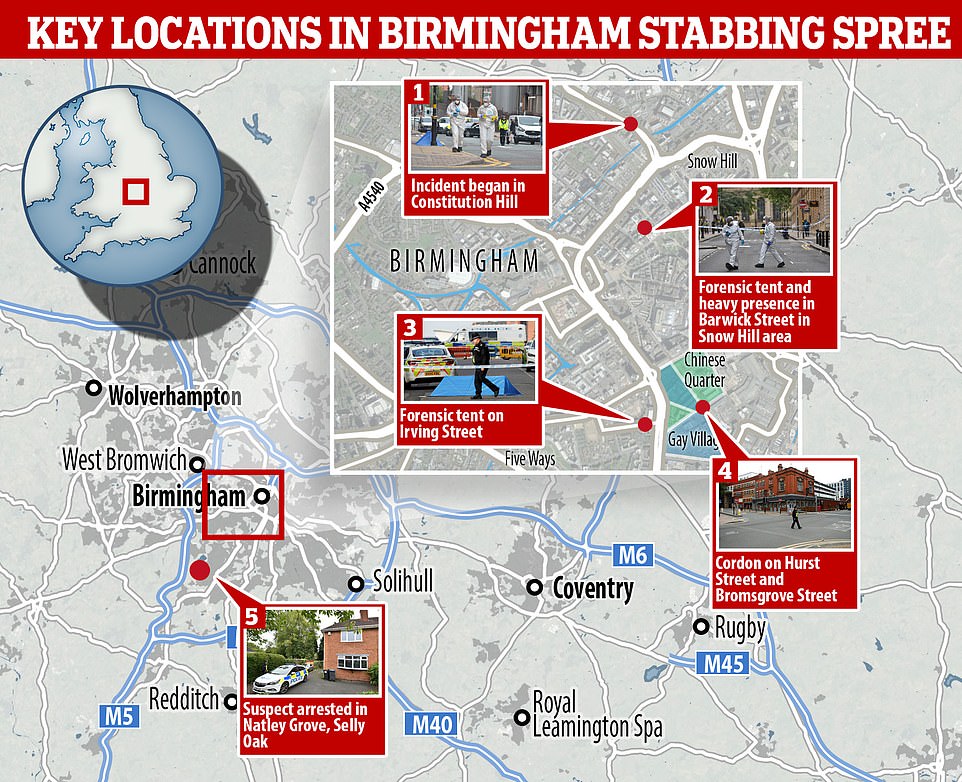