Women and Slaves have a good time under democracy....
Again, the evil practices of the last and worst form of democracy are all found in tyrannies. Such are the power given to women in their families in the hope that they will inform against their husbands, and the license which is allowed to slaves in order that they may betray their masters; for slaves and women do not conspire against tyrants; and they are of course friendly to tyrannies and also to democracies, since under them they have a good time. For the people too would fain be a monarch, and therefore by them, as well as by the tyrant, the flatterer is held in honor; in democracies he is the demagogue; and the tyrant also has those who associate with him in a humble spirit, which is a work of flattery. Aristotle Politics Bk 4 part xi

The organizer of a Southern California Black Lives Matter rally was charged with attempted murder Tuesday for driving her car into counter-protesters and running over a woman's head. Tatiana Turner, 40, of Long Beach deliberately drove into a crowd of President Donald Trump's supporters with the intent to kill the woman and also seriously injured a man who broke his leg, Orange County prosecutors said. 'She positioned her vehicle to be used as a backup weapon and she used that vehicle as a deadly weapon, willing to injure and kill those who stood in her way,' District Attorney Todd Spitzer said in a statement. But a defense lawyer said Turner tried unsuccessfully to get help from cops Saturday in Yorba Linda after her group was overwhelmed by a hostile crowd. Turner saw people with guns and feared for her life when she got into her car that was blocked by Trump supporters, attorney Ludlow Creary II said. Source 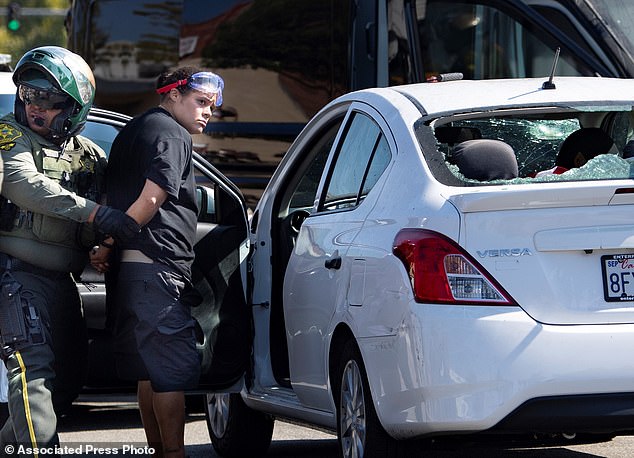