Fall 2020 Explosion: Arrest Made In ATM Explosions In Philadelphia 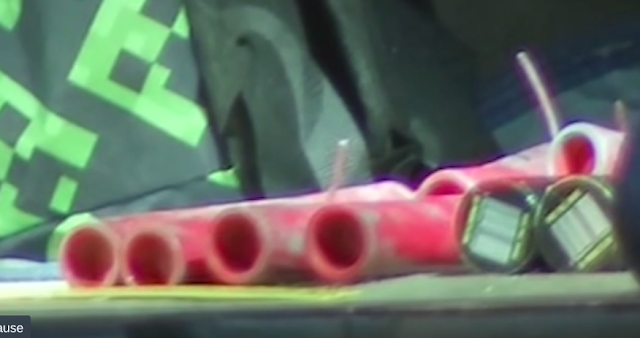 PHILADELPHIA (WPVI) -- At least two more ATMs and a SEPTA kiosk were blown up in a third night of looting in Philadelphia following peaceful protests in the wake of the police shooting death of Walter Wallace Jr. The explosions came hours after an abandoned van was discovered on Logan Circle with explosives inside. The black van also contained what authorities describe as burglary tools. They believe this van could be part of a looting operation. Two people inside were taken into custody. The ATF called these instruments "M-type devices" and are homemade or illegally manufactured. Possession of these devices can result in felony charges. "These devices are not firecrackers. These are dangerous, explosive materials that can cause serious physical injury and or death," said Agent in Charge Matthew Varisco of the ATF. Around 11:30 p.m. Wednesday, there was an explosion at a SEPTA kiosk at the SEPTA Market-Frankford Line station on Frankford Avenue. Police said a group of men was seen running away and got into a burgundy SUV with New York tags. The vehicle was last seen going eastbound on Ludlow Street. Then, there was an ATM explosion in the drive-thru of a PNC Bank on the 400 block of West Tabor Road around 12:15 a.m. Thursday. A group of males was seen running away. Source
List of Fall 2020 Explosions:
1. Posted by dxv515 September 22, 2020 FALL 2020 EXPLOSION! FIRST EXPLOSION OF FALL 2020 AIN QANA, LEBANON HEZBOLLAH ARMS DEPOT EXPLOSION