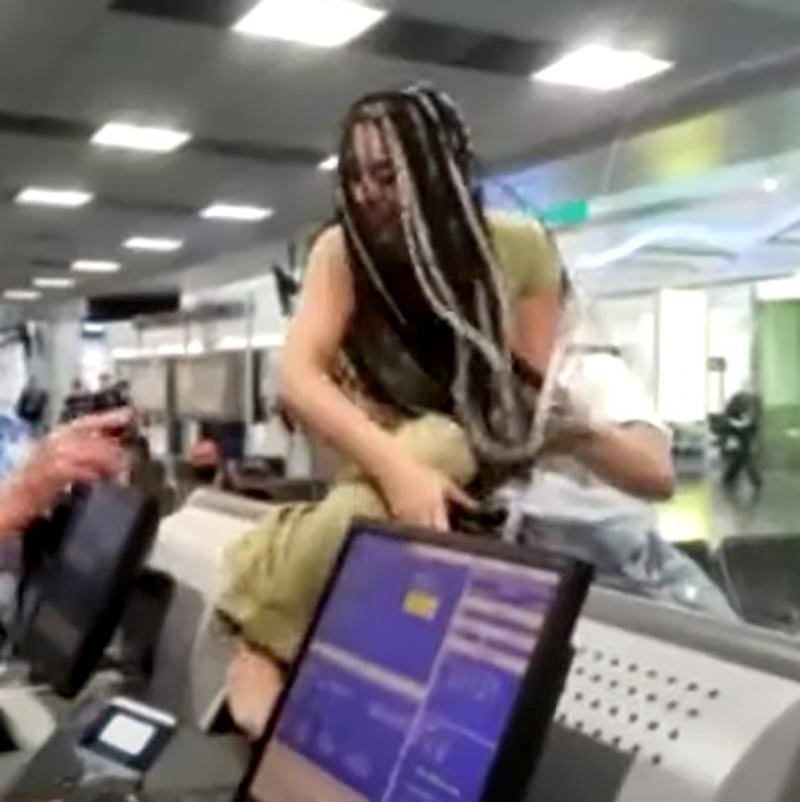 But understand this: there will be terrifying times in the last days.People will be self-centered and lovers of money, proud, haughty, abusive, disobedient to their parents, ungrateful, irreligious, callous, implacable, slanderous, licentious, brutal, hating what is good, traitors, reckless, conceited, lovers of pleasure rather than lovers of God, as they make a pretense of religion but deny its power. Reject them. (2 Timothy 3.1-5)
“The true faith to the Lord having been forgotten, each individual will want to be on his own and be superior to people of same identity, they will abolish civil rights as well as ecclesiastical, all order and all justice would be trampled underfoot and only homicides, hate, jealousy, lies and dissension would be seen without love for country or family. Our Lady of La Salette 19 Sept. 1846 (Published by Mélanie 1879)
Blood will flow on all sides. Our Lady of La Salette 19 Sept. 1846 (Published by Mélanie 1879)
God will allow the old serpent to cause divisions among those who reign in every society and in every family. Physical and moral agonies will be suffered. God will abandon mankind to itself and will send punishments which will follow one after the other for more than thirty-five years. Our Lady of La Salette 19 Sept. 1846 (Published by Mélanie 1879)
Blood will flow in the streets. Our Lady of La Salette 19 Sept. 1846 (Published by Mélanie 1879)
Two passengers arrested after fighting with American Airlines gate member at Miami International Airport
Two people were arrested at Miami International Airport on Sunday evening after they began fighting with a representative from American Airlines at the gate. A bystander’s cellphone video of the incident shows one of the suspects, 23-year-old Brittney Mohammadi, jumping over the ticket counter in an aggressive fashion. You see her straddle the desk and try to attack the AA employee, then lose her footing and fall. Mohammadi’s travel companion, identified by police as 26-year-old Manuel Arteaga, is seen yelling at airport cops ranting and pacing frantically about the gate area. The problem reportedly began when the female passenger tried to get on Flight 1061 to Los Angeles without shoes. “After being informed of our policy, the customers became irate and one attempted to strike an American team member at the gate,” AA spokeswoman Laura Masvidal told the Miami Herald on Wednesday. “Violence of any kind is not tolerated by American Airlines. We thank the Miami-Dade Police Department for their quick action to ensure the safety of our customers and team members.” She had a meltdown at a Florida airport. Then she coughed on a cop, report says Source
at October 07, 2020