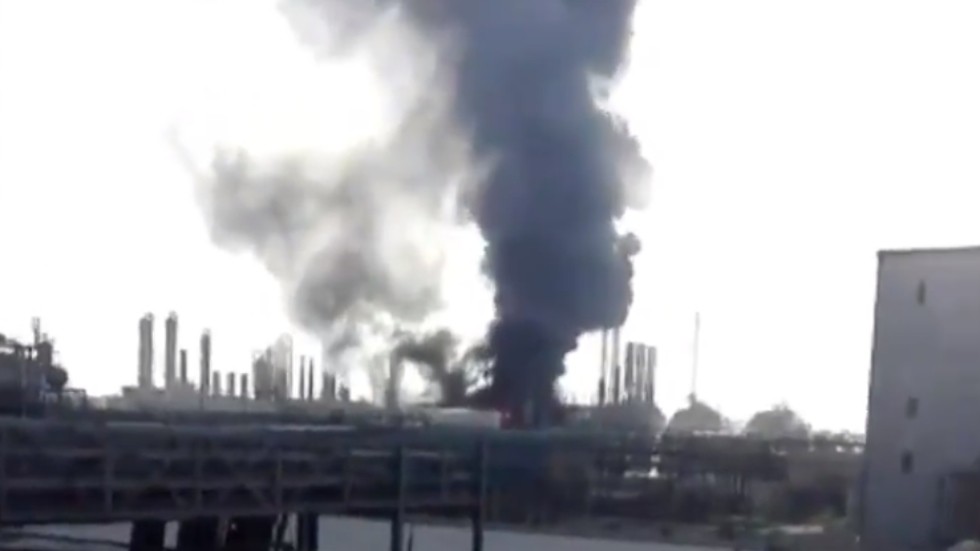 Ninth Fall 2020 Explosion...
Back to Iran
An explosion caused a blaze at a petrochemicals plant in southwestern Iran on Friday, according to state media. The country has been plagued by accidents at industrial facilities in recent months. The fire broke out at the aromatics unit of a petrochemical plant in the port city of Bandar Mahshahr, state broadcaster IRIB reported.  Firefighters from the plant as well as regional fire teams were called to the site and managed to contain the blaze. There were no fatalities or injuries as a result of the incident, it added.  Social media users have been sharing footage, purportedly taken at the plant, showing a huge plume of thick black smoke pouring out from it. Source