Pictured: Teacher who was beheaded by Islamist terrorist for showing his class Charlie Hebdo's cartoons of Mohammed - after one Muslim pupil complained to her parents and sparked community outrage

The French teacher who was beheaded by a suspected Islamist terrorist yesterday for showing his class cartoons lampooning the Prophet Mohammed has today been identified as Samuel Paty. The 47-year-old had received threats after opening a discussion 'for a debate' about the caricatures about 10 days ago before he was stabbed and decapitated by 18-year-old Chechen gunman Aboulakh A in Conflans-Sainte-Honorine 25 miles north-west of Paris. Muslim parents had taken offence at Mr Paty's decision to show his class caricatures of the Prophet and branded him a 'thug' in a video shared online by a mosque just days before he was murdered. He had 'invited Muslim students out of the classroom' before showing a caricature of the Prophet published by Charlie Hebdo, the satirical magazine targeted by terrorists five years ago, in a lesson about free speech. The cartoon reportedly showed the Prophet Mohammed crouching with a star drawn on his buttocks and the inscription 'A star is born'.A father of a 13-year-old pupil at the secondary school in middle-class Conflans-Sainte-Honorine told Reuters Mr Paty had told any Muslim students to leave because the cartoon would likely cause offence. Muslims believe that any depiction of the Prophet is blasphemous.  Source 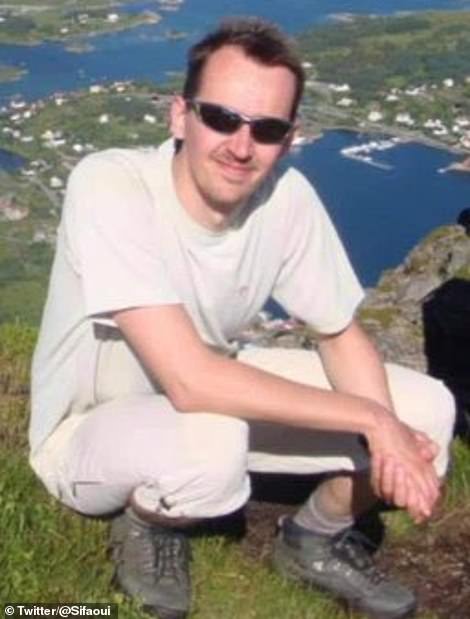