Glass Bridge In China Shatters, Tourist Hangs On 100 Metres Above The Ground 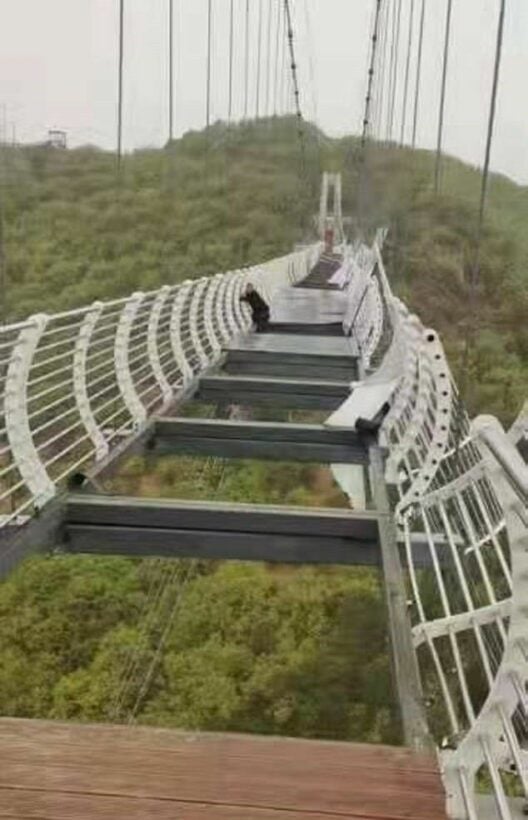 A tourist walking on a glass bridge in China, looking down at the ground 100 metres below, quickly had to cling onto the bridge’s rails after high winds caused some of the panels of the glass-bottom bridge to shatter. Reports say the wind blew at up to 145 kilometres per hour, damaging the glass bridge and leaving the tourists stuck in the middle. Firefighters and other emergency responders helped guide the tourist to safety.The bridge was built at a resort at Piyan Mountain in Longjing. The scenic walkway has been popular among tourists. A photo of the tourists trapped on the damaged bridge was shared on the Chinese social media platform Weibo and other social media sites. One Twitter user reacted to the photo saying “This is basically one of my anxiety dreams played out in the real world.” Source
at May 10, 2021