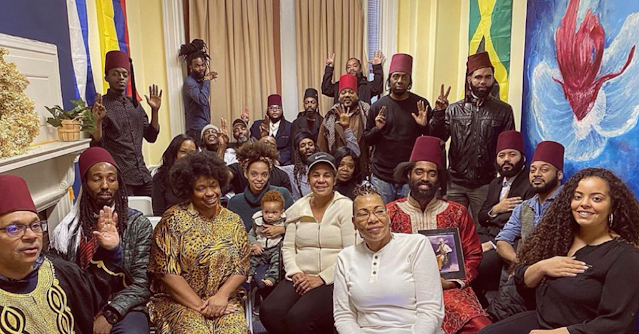 Black Muslim Masons?
What?
4th of July weekend?
Muslims?
Masons?
Moors?
Black Nationalists?
Where are the whiteys?
What were these Moors gonna do? 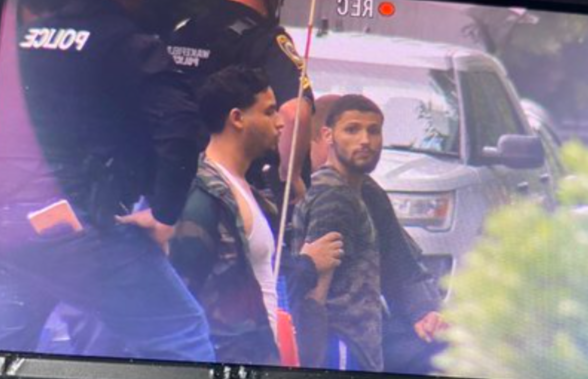 Shelter-in-place lifted for Wakefield, Reading residents; 11 arrested following armed standoff
WAKEFIELD, Mass. — Massachusetts State Police said a shelter-in-place for Wakefield and Reading residents has been lifted after the remaining suspects in an armed standoff were taken into custody. According to a tweet, state police arrested nine additional armed suspects, bringing the total arrests to 11.“We will now conduct sweeps of their two vehicles and woods,” state police said in a tweet. A shelter in place order was issued early Saturday morning for Wakefield and Reading residents after the stand-off situation on I-95 North. According to Massachusetts State Police, a trooper on patrol saw two vehicles in the breakdown lane around 1:30 a.m. Several men were outside and appeared to be refueling the vehicles.The trooper pulled over to help and noticed eight to ten men wearing tactical, military-style uniforms.
Massachusetts State Police Superintendent Christopher Mason said the men were wearing tactical vests and body cameras. “Some had slung long rifles, some hard firearms, pistols, and some had a combination of both,” Mason said. The trooper asked to see their driver’s licenses and gun licenses. “The individuals indicated that they had neither, or they did not have them on their person,” Mason said.State police said the trooper called for back-up, and some of the men stayed on the highway while others took off into the woods off I-95. Police said two of the men were arrested on North Avenue in Wakefield around 6:30 a.m. A member of the Northeastern Massachusetts Law Enforcement Council spotted the men walking down the road wearing camouflage. The two were arrested and taken to an undisclosed State Police barracks. Police confirmed the group has been posting videos from the account “Rise of the Moors” to YouTube from the highway all morning. Source 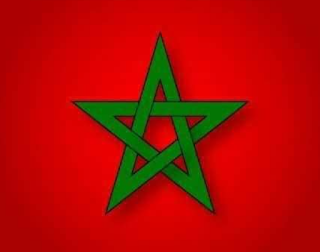 25 JUNE 2021
Black nationalists declare ‘legal residency’ in Newark woman’s home, police disagree
A Newark homeowner called in police last week after four Black nationalists moved into a new home she was renovating and declared that as sovereign citizens of the Al Moroccan Empire, “their status permitted them access to the property,” authorities said.  NBC News reports that the four men, who’d changed the locks on the Ivy Street house, agreed to leave, but one of them returned a short time later to reclaim the property that had been purchased by an unidentified woman in February.  Hubert A. John, a 39-year-old man from Los Angeles, reportedly stepped over the woman while she was on her porch, hung a red Moorish flag over one of the house’s windows, then made himself at home.  “He saged the house, he left the sage bundle on the ground,” the flabbergasted woman told NBC. “He had food, bagels, some organic drinks and a yoga mat.” 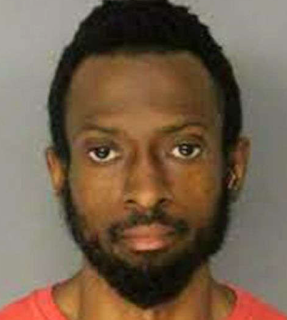 Hubert A. John, pictured, a 39-year-old man from Los Angeles, reportedly stepped over the woman while she was on her porch, hung a red Moorish flag over one of the house’s windows, then made himself at home. Weeks earlier, the homeowner said she’d gotten papers in the mail from the Al Moroccan Empire Consulate claiming rights to her property. She described the documents as “a lot of words and a lot stuff that really don’t mean anything.”  The homeowner knew something was wrong when a neighbor recently told her that they had met her husband. She’s not married.  Police returned to the house to deal with John, who was adamant about staying. The SWAT team reportedly negotiated with John for an hour before going into the house and carrying him out “like a piece of plywood,” the homeowner said.  NBC said John was arrested, though his whereabout now are unclear.  The Southern Poverty Law Center describes the Al Moroccan Empire as a part of the anti-government “Moorish sovereigns,” also called “Moors,” who are known to violently clash with law enforcement.  According to the SPLC, “Moorish sovereigns believe their status as members of a sovereign nation imparts immunity from federal, state and local authorities.”  They allegedly argue that status exempts them from paying taxes, buying car auto insurance and register their vehicles. Source 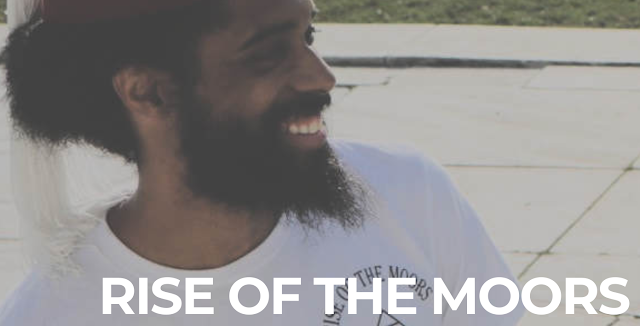 Who are the Moors?
Moors, historically, are known as ‘The Revealers of the Light’. We are mostly known for educating many civilizations and paving the way for Europe's Renaissance and Enlightenment. ​Because of Moorish innovation and science came algebra, arithmetic, compasses and tools of navigation, astronomy, cosmology; our mastery of pens and printing; advances in medicine and the understanding of how disease spreads and how it can be healed through plants and other medicinal herbs. Moorish culture has given us elegant architecture; Moors are known for their poetry and music, William Shakespeare is known to have studied at the feet of Moorish poets and play writers during the renaissance (13th – 16th century. The Moorish Universities established in Al-Andalusia (Spain) during Moorish administration were the center for learning for centuries and from these universities (e.g. Oxford University) came the world’s most famous African scholars, doctors, philosophers, statesmen, poets, artists, painters, lawyers, politicians, authors and men of letters. Source
Who is Drew Ali
Noble Drew Ali was born in the State of North Carolina, January 8th 1886, born of Cherokee descent, destined to become the first Patriot of the fallen Moors here in America. At the age of 16 he traveled to Egypt to begin his journey of Prophet hood and study where all the masters were to be taught. He was anointed as ‘El Hajj Sharif Abdul Ali’ by the heads of Egypt and the Holy City of Mecca to return to North America as the Last Prophet in this era of time and Founding Father of the newly risen Nation of Moorish Americans who’ve been branded ‘Negro’, ‘Blacks’, ‘Coloreds’, ‘Indians’ and ‘Latinos’. At the age of 27 he established the Old Canaanite Temple, a civic organization to bring the fallen Moors back into the constitutional fold of government and mend the connection between us and our ancestors that had been severed due to our identity crisis. Source
Are the Moors Masons?
Masonry is the preservation of Moorish Science and its various applications, for example the administration of government. In fact, the ‘Ancient Arabic (Moorish) Order of the Nobles of the Mystic Shrine’, now known as ‘Shriners international’ or simply ‘Shriners’, a group of Master Masons, get their title Potentate, a high-ranking officer within masonry, from Minister – Plenipotentiary. The position granted to John Adams, Benjamin Franklyn, Thomas Jefferson etc. to negotiate the Treaty of Peace and Friendship between the Moorish Empire and the United States colonies. It was the Sultan of Morocco, his Imperial Majesty Muhammed Ibn Abdullah, who was the first sovereign to recognize the Europeans as an independent body politic / nation of people. Source
What is the Moorish Science temple of America?
The Moorish Divine and National Movement, is guided by the great God Allah, to which his Prophet the Noble, Drew Ali, established several Moorish Science temples on American soil to help facilitate the reversion of our estate. The social and political operations of the Moorish Divine and National Movement, started with “The Old Canaanite Temple” established and founded by Drew Ali in 1913. It then became “The Moorish Holy Temple of Science” in 1925. Considering the movement became largely religious the temples then adopted a religious affidavit and changed name in 1928 to “The Moorish Science Temple of America.” Source 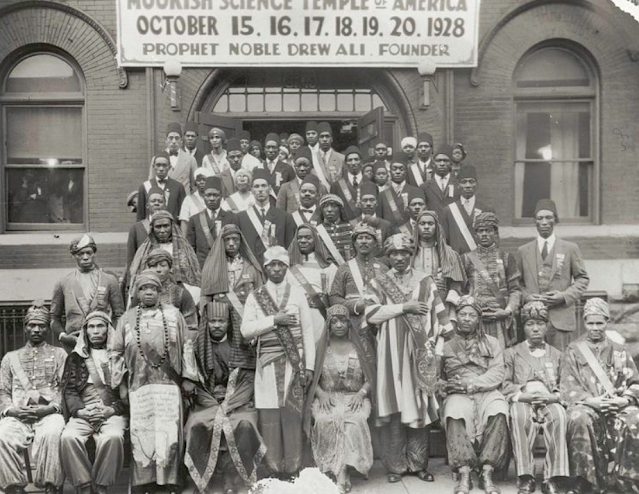