PARTY'S OVER Sue Gray report reveals ‘failure of leadership’ over boozy No 10 lockdown parties
BORIS Johnson was rocked today as Sue Gray's Partygate probe tore into "failures of leadership and judgment" inside No10 during lockdown. In a watered-down version of the Whitehall inquiry, the top civil servant said "too little thought" was often given to the public's hardship during the pandemic. Ms Gray also blasted the booze culture inside government and demanded changes in behaviour were made. Her 12-page report concluded: "There were failures of leadership and judgment by different parts of No10 and the Cabinet Office at different times. "Some of the events should not have been allowed to take place. Other events should not have been allowed to develop as they did." Humbled Mr Johnson today issued an apology in the Commons and vowed to change the way he works through a new Office of the Prime Minister. He told MPs: "Firstly, I want to say sorry - and I'm sorry for the things we simply didn't get right and also sorry for the way this matter has been handled. "It's no use saying this or that was within the rules and it's no use saying people were working hard. This pandemic was hard for everyone."
In major developments: 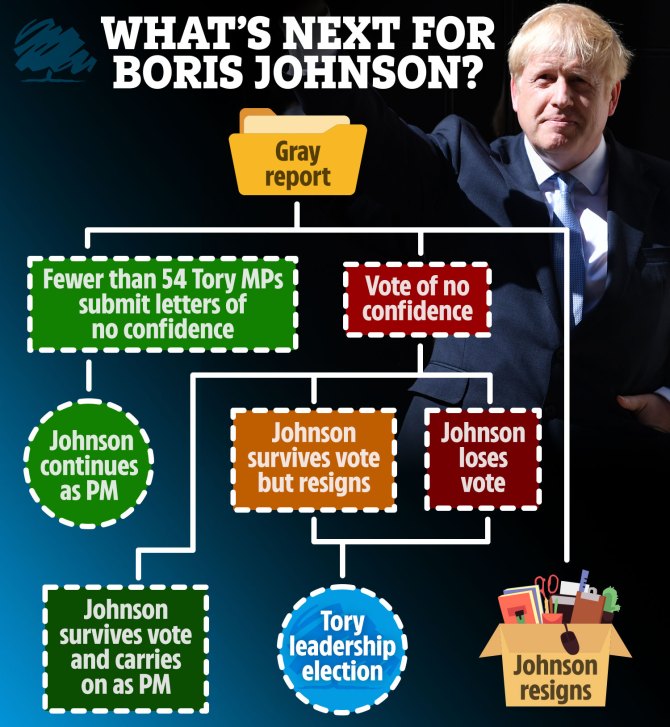