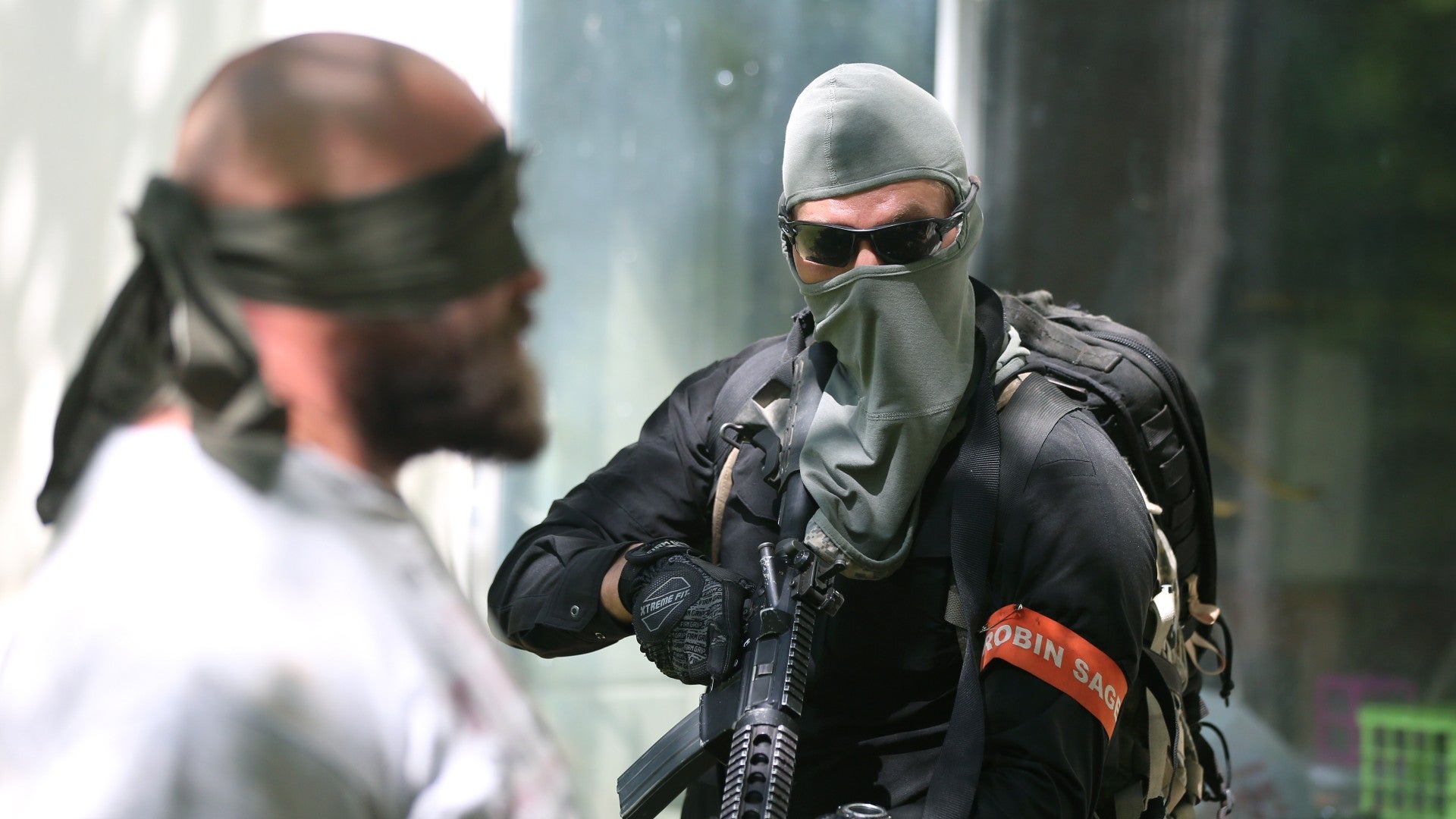 “A forerunner of the Antichrist, with his troops gathered from several nations, will fight against the true Christ, the only Saviour of the world. He will shed much blood and will want to annihilate the worship of God to make himself be looked upon as a God. Our Lady of La Salette 19 Sept. 1846 (Published by Mélanie 1879)
Special Forces Will Simulate An Insurgency On U.S. Soil In Upcoming Unconventional Warfare Exercise
The U.S. Army’s annual unconventional warfare exercise Robin Sage is set to kick off across rural North and South Carolina this month, pitting Special Forces candidates against simulated guerillas fighting for the fictional nation of “Pineland.” The exercise is so realistic and spans such a large area that the U.S. Army has issued notices to local law enforcement agencies warning them not to mistake the exercise for a real insurrection, an error that has cost one soldier his life during a previous Robin Sage event. Robin Sage is conducted annually by the U.S. Army John F. Kennedy Special Warfare Center and School (SWCS) at Fort Bragg in North Carolina. This year’s Robin Sage will take place from January 22 to February 4 and will span across 25 counties in North Carolina and three counties in South Carolina. The exercise was first held in 1974 and is the culmination exercise (CULEX) — the final test in the U.S. Army’s Special Forces Qualification Course standing between candidates and their green berets. An Army release given to local outlets in NC and SC this week said that the exercise is designed to represent an “environment of political instability characterized by armed conflict, forcing Soldiers to analyze and solve problems to meet the challenges of this “real-world” training.” Source
at January 13, 2022