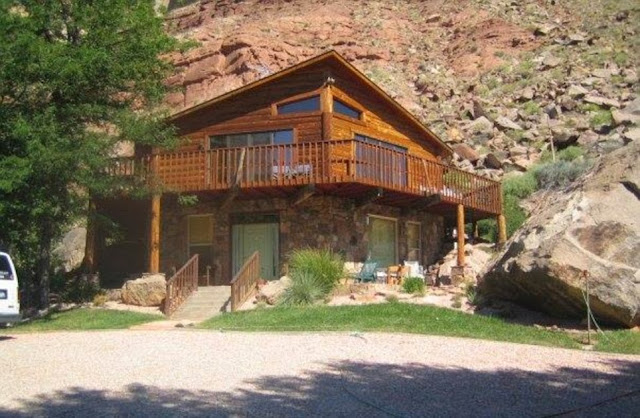 Before
“At the first blow of His thundering sword, the mountains and all Nature will tremble in terror, for the disorders and crimes of men have pierced the vault of the heavens. Our Lady of La Salette 19 Sept. 1846 (Published by Mélanie 1879)

You can plan for the coming "Apocalypse" all you want and still lose your soul for all eternity. Did these poor souls ever think that one day they would be crushed by a boulder? Were they baptised Roman Catholics in a state of grace?

Two people have been killed after a rock slide sent a giant boulder rolling down a valley and onto the roof of their two storey home. The house in Rockville, Utah, was completely demolished by the rock, which crushed the entire wooden structure of the building, leaving behind a scene of complete devastation. When emergency services arrived at the scene, shortly after 5pm yesterday, they found the splintered remains of the home buried under the weight of the gigantic boulder which stood at a height of around 15ft. Daily Mail Read More>>>>> 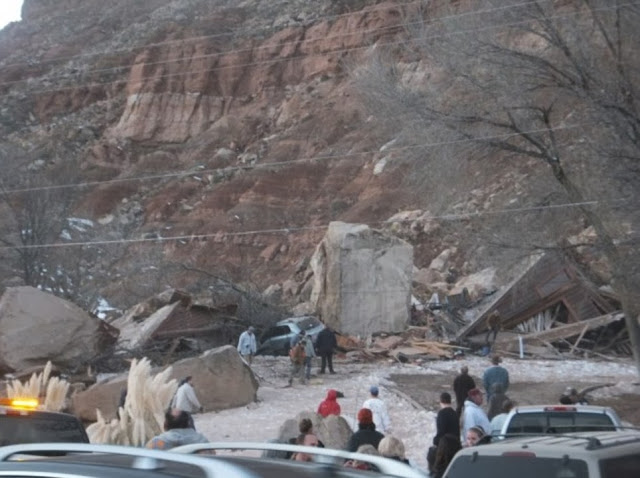