Camouflage Suits Worn By The Army Of The Forerunner To The Antichrist In Order to Kill The Fatima Pope And Faithful? 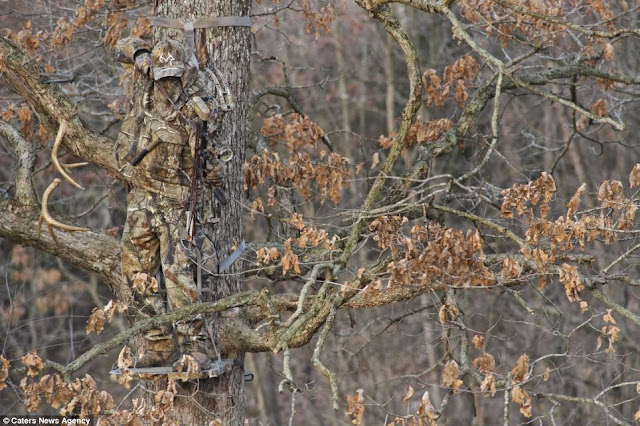 I dreamed of this one here as Lord and huntsman,
pursing the wolf and the cubs up the mountain
(which blocks the sight of Lucca from the Pisans).

with skinny bitches, well trained and obedient;
he had out in front as leaders of the pack
Gualandi with Sismondi and Lanfranchi.

A short run, and the father with his sons
seemed to grow tired, and then I thought I saw
long fangs sunk deep into their sides, ripped open.
Inferno xxxiii

"A forerunner of the Antichrist, with his troops drawn from many nations, will wage war against the true Christ, sole Savior of the world; he will shed much blood and will seek to annihilate the cult of God so as to be regarded as a god." Our Lady of La Salette 19 Sept. 1846 (Published by Mélanie 1879)

“J.M.J.
The third part of the secret revealed at the Cova da Iria-Fatima, on 13 July 1917.
I write in obedience to you, my God, who command me to do so through his Excellency the Bishop of Leiria and through your Most Holy Mother and mine.
After the two parts which I have already explained, at the left of Our Lady and a little above, we saw an Angel with a flaming sword in his left hand; flashing, it gave out flames that looked as though they would set the world on fire; but they died out in contact with the splendour that Our Lady radiated towards him from her right hand: pointing to the earth with his right hand, the Angel cried out in a loud voice: ‘Penance, Penance, Penance!'. And we saw in an immense light that is God: ‘something similar to how people appear in a mirror when they pass in front of it' a Bishop dressed in White ‘we had the impression that it was the Holy Father'. Other Bishops, Priests, men and women Religious going up a steep mountain, at the top of which there was a big Cross of rough-hewn trunks as of a cork-tree with the bark; before reaching there the Holy Father passed through a big city half in ruins and half trembling with halting step, afflicted with pain and sorrow, he prayed for the souls of the corpses he met on his way; having reached the top of the mountain, on his knees at the foot of the big Cross he was killed by a group of soldiers who fired bullets and arrows at him, and in the same way there died one after another the other Bishops, Priests, men and women Religious, and various lay people of different ranks and positions. Beneath the two arms of the Cross there were two Angels each with a crystal aspersorium in his hand, in which they gathered up the blood of the Martyrs and with it sprinkled the souls that were making their way to God. 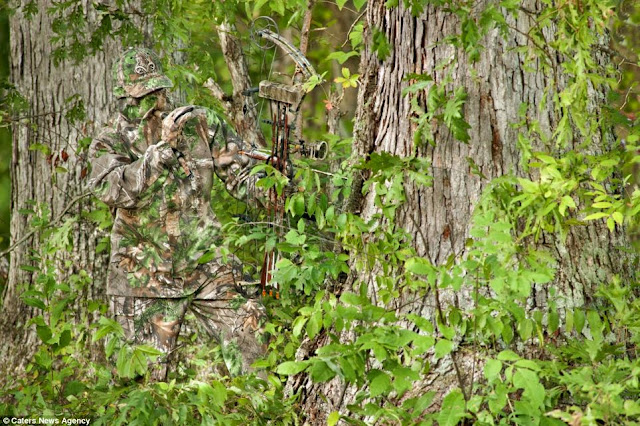 So expect the soldiers of the Antichrist's army to wear camouflage.

More on the new type of camouflage:

A hunter has created a new range of camouflage gear which is so effective the wearer blends perfectly into the scenery, just like a real-life Predator from the Hollywood films. In terrifying news for unsuspecting fauna, American company Realtree has launched the latest in a line of state-of-the-art clothing which enables hunters to blend seamlessly into their surroundings. The patterns, which help to disrupt the wearer's silhouette, have been inspired by naturally occurring flora and fauna. Daily Mail Read More>>>>> 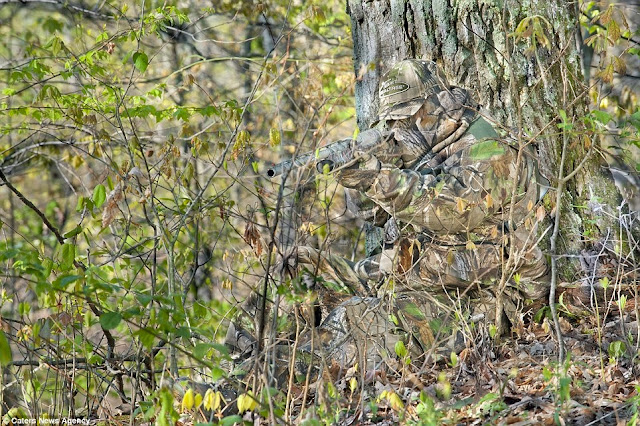