Another One Of MERKEL'S MUSLIMS: Mohammad Daleel Blows Himself Up & Wounds 12 At Ansbach Music Festival! DAILY MAIL REFUSES TO CALL HIM A MUSLIM!

Another day another Muslim attack.

This Muslim lived in Germany for over 2 years. The Media claims that Mohammad was about to be deported? LOL!

No one died in this latest Muslim terror attack.

A failed asylum seeker from Syria who blew himself up close a packed German festival in a suspected Islamist suicide attack was facing deportation to Bulgaria, it has emerged today. The 27-year-old, named locally as Mohammad Daleel, injured 12 people outside a packed wine bar in Ansbach, near Nuremberg at 10pm last night after being turned away from an open-air music festival filled with 2,500 people because he didn't have a ticket. Instead he walked to a bar in the centre of Ansbach, a town of 40,000 that is also home to a US Army base, and detonated a DIY bomb filled with metal shavings and screws. It was the fourth violent attack on members of the public in Germany in less than a week. Bavaria's top security official Joachim Herrmann said this morning that he believed the attacker was driven by religious extremism, adding: 'My personal view is that I unfortunately think it's very likely this really was an Islamist suicide attack.' Police today raided the Syrian's home in Ansbach as Germany's Interior Ministry revealed the attacker had been refused asylum and was due to be deported to Bulgaria, German authorities confirmed. The assailant was already known to police for possession of drugs and had also spent time in a psychiatric facility having attempted suicide on two occasions in the past. Daily Mail Read More>>>>>>>> 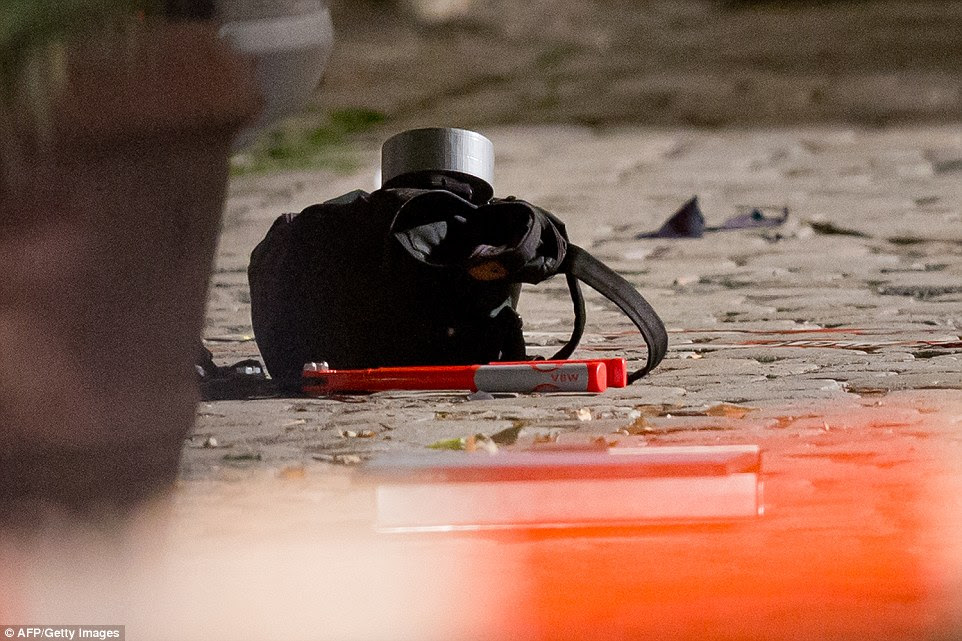 Angela Merkel is to come under renewed criticism of her open-door immigration policy after another horrific attack on German soil. Last night a Syrian refugee wielding a machete killed a pregnant woman and injured two other people before being arrested by police. The attack happened in the south western city of Reutlingen near a doner kebab stand in a bus station at Listplatz Square. Daily Mail Read More|>>>>>

Real question is - will Merkel hang?