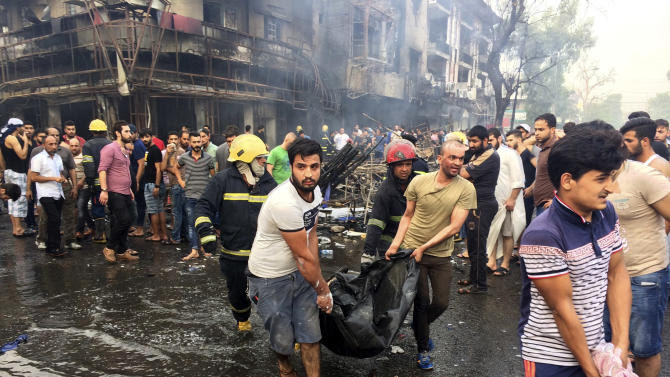 Deadliest attack in a year kills 115 in central Baghdad

BAGHDAD (AP) — A devastating truck bombing on a bustling commercial street in downtown Baghdad killed 115 people early Sunday, brutally underscoring the Islamic State group's ability to strike the capital despite a string of battlefield losses elsewhere in the country. It was the deadliest terror attack in Iraq in a year and one of the worst single bombings in more than a decade of war and insurgency, and it fueled anger toward Prime Minister Haider al-Abadi. When al-Abadi visited the site of the suicide blast in the city's Karada district, a furious mob surrounded his convoy, yelling expletives, hurling rocks and shoes and calling him a "thief." Many Iraqis blame their political leadership for lapses in security in Baghdad that have allowed large amounts of explosives to make their way past multiple checkpoints and into neighborhoods packed with civilians. Read More>>>>>