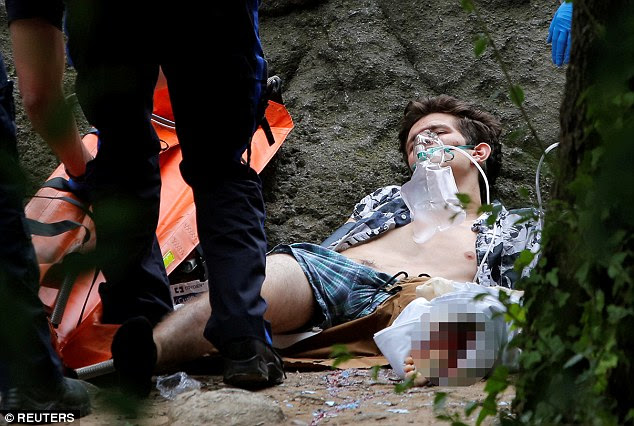 Tourist's leg 'is blown off' by explosion in Central Park near funeral of Holocaust survivor, author and Nobel laureate Elie Wiesel

A tourist has been critically injured following an explosion in Central Park by what police are saying was a 'homemade' device. Connor Golden had part of his leg blown off when he stepped on something as he was climbing rocks with friends Thomas Hinds, 20, and Joseph Stabile, 18, according to reports. The 18-year-old, who was visiting from Fairfax, Virginia, was seen being treated at the scene with his bloodied foot heavily bandage in New York's historic landmark. The blast was close to where the funeral for Holocaust survivor and Nobel winner Eli Wiesel was taking place on Sunday morning. Daily Mail Read More>>>>>> 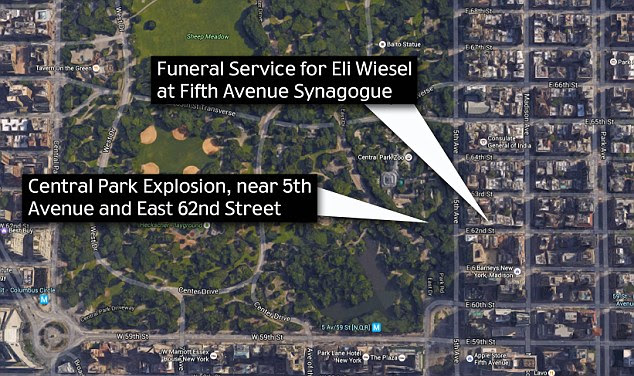