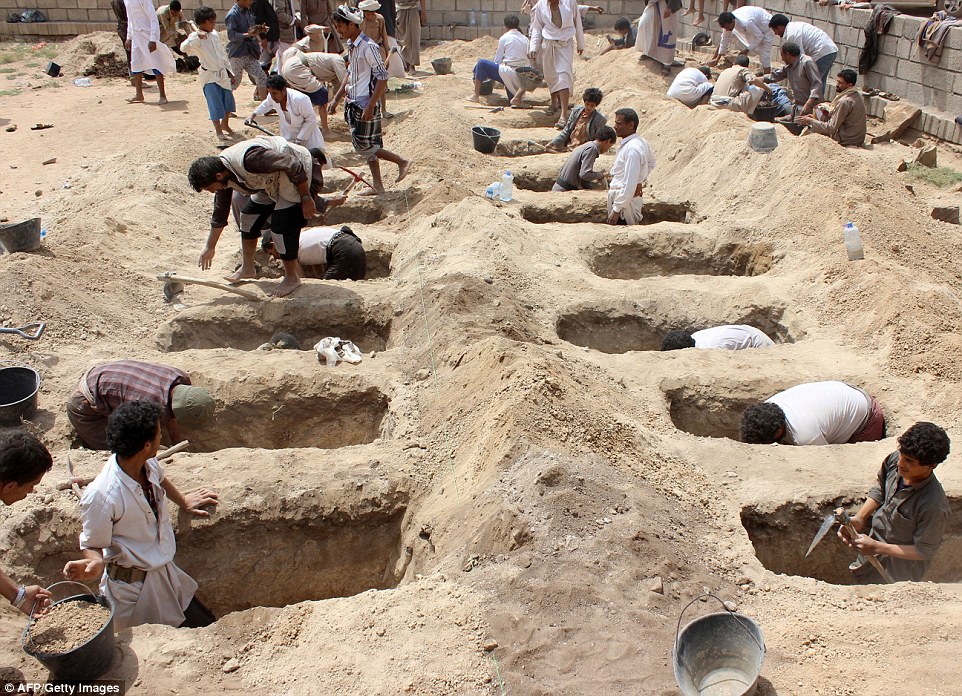 Graves for the innocent: 29 children killed when their school bus was hit by an airstrike in Yemen are to be buried alongside each other

Mourning Yemenis have been digging graves for the 29 children to be buried side by side after being killed by the airstrike which hit a school bus yesterday.  It comes as the Saudi-led coalition that launched the missile announced it will investigate the deadly strike to help 'clarify their circumstances' following the attack.   Distressing images show dozens of workers preparing rows of graves that measure just a few feet long.  The United Nations and Washington both called for prompt investigations into the airstrike that obliterated a bus at the Dahyan market in the Huthi rebels' stronghold province of Saada. Source