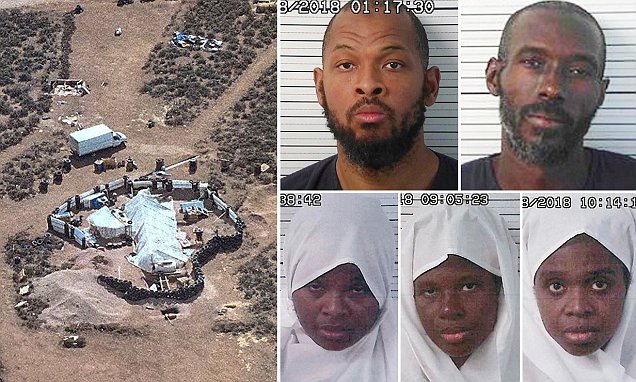 Searchers have found the remains of a boy on the property where authorities raided a makeshift compound last week in search of a missing Georgia child. Taos County Sheriff Jerry Hogrefe said Tuesday that the remains were found after a search and authorities are awaiting a positive identification of the remains, which were discovered Monday. Authorities say the search for Abdul-ghani, known as AG, from Georgia, led them Friday to the squalid compound where they found his father, Siraj Ibn Wahhaj, four other adults and 11 children living in filthy conditions. All five adults, two men and three sisters, are facing child abuse charges. The father is accused of leaving Georgia in December with his then 3-year-old son.  The New Mexico landowner has also revealed that for months, he and his wife had been trying in vain to convince local officials to evict the group of people from his desert property where deputies rescued the starving children last week.  Jason Badger said Tuesday that he had concerns about the makeshift compound near the Colorado border.  Source