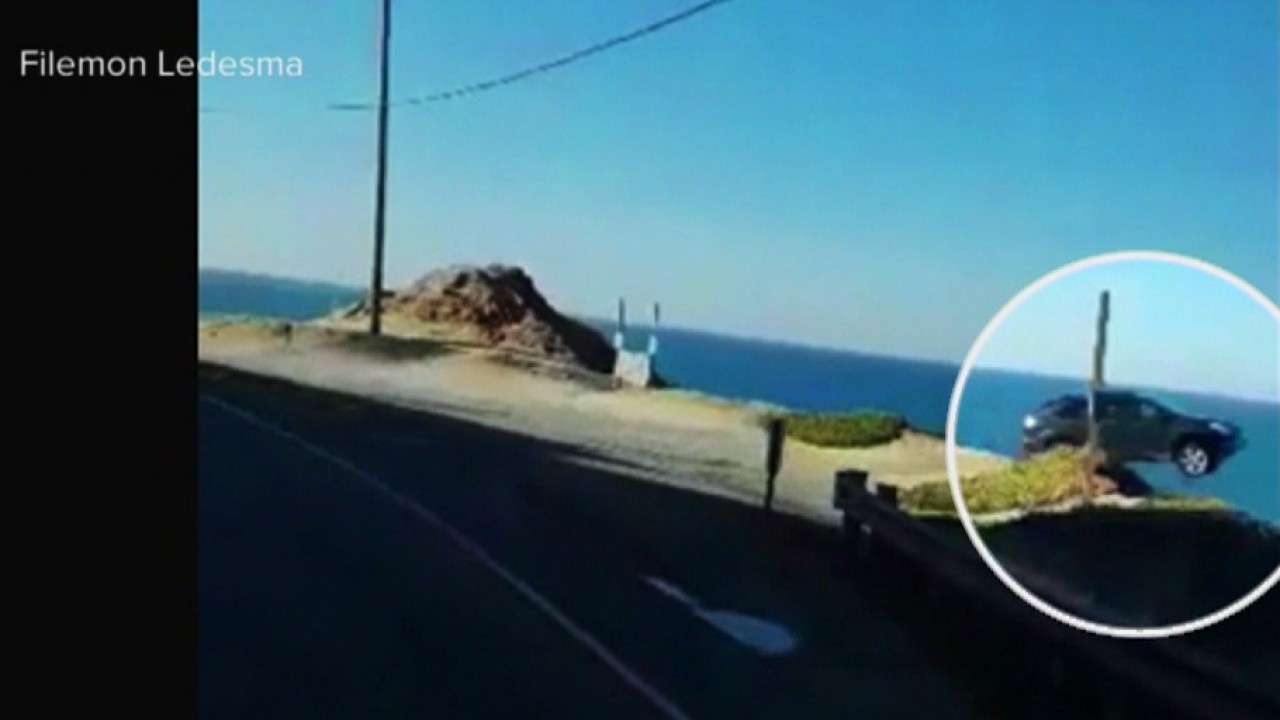 Authorities in California are desperately searching for an SUV and its occupants after it was captured on video driving on a highway shoulder and then flying off a cliff. In the 170-second video released by the San Mateo County Sheriff's Office, the dark-colored vehicle can be seen traveling northbound and then shooting across State Route 1 just south of Gray Whale Cove State Beach in Half Moon Bay, California, before disappearing from view. A person who was traveling on the multi-lane highway saw the SUV and captured the dramatic moment on video at around 11 a.m. on Monday, according to the San Jose Mercury News. Source