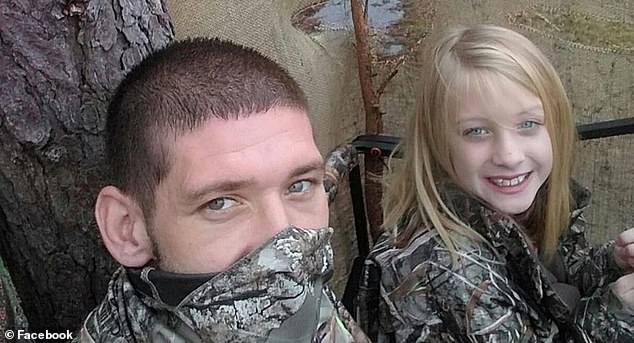 'Hunting isn't just what I do it's part of who I am.' Kim Drawdy

Father, 30, and his nine-year-old daughter are accidentally shot dead while hunting in South Carolina after fellow hunters mistook them for deer

A man and his nine-year-old daughter have been shot and killed after they were mistaken for deer during a hunting trip. Four hunters were attempting to move deer in South Carolina on Wednesday when Kim Drawdy, 30, and his daughter Lauren, were accidentally targeted. The two hunters were shot around 2.30pm on the last day of the hunting season across the state. Fire rescue responded to the 911 call and the Colleton County Sheriff's Office helped clear a path through the heavy brush about half a mile off the 1600 block of Barracada Road in Walterboro. But both victims had succumbed to their injuries, Colleton County Coroner Richard Harvey told The Post and Courier. More information, such as whether the two were wearing blaze orange safety gear, will not be provided until the investigation is complete, department spokesman David Lucas said. The South Carolina Department of Natural Resources (SCDNR) continued to investigate the incident Thursday. Authorities had not yet confirmed whether any arrests had been made or whether charges would be filed against the shooter or shooters. Their autopsies are scheduled for Sunday. Source