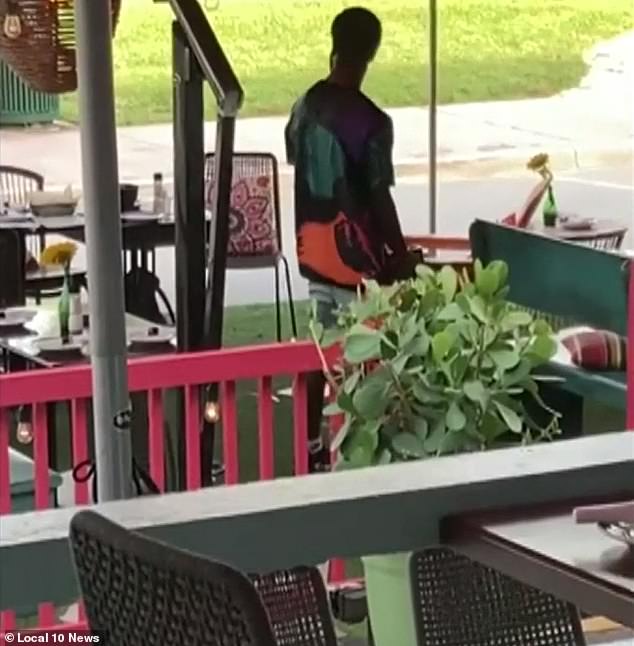 Tourist, 21, is shot dead protecting his baby son from man 'high on mushrooms' while having dinner with his family at a Miami Beach restaurant - and gunman celebrated by DANCING on top of victim's body
A young father visiting Miami Beach from Colorado with his family was shot and killed while shielding his one-year-old son from a crazed gunman, who police say opened fire at diners at an outdoor restaurant, and then celebrated the killing by dancing on top of the victim's body. Tamarius Blair Davis, 22, of Norcross, Georgia, told investigators he shot Dustin Wakefield, 21, on Tuesday night because he 'was high on mushrooms, which made him feel empowered,' according to his arrest report. Davis allegedly told police he approached the patio area of the La Cerveceria restaurant just before 6.30pm and randomly decided to shoot Wakefield, who was on vacation from Castle Rock, Colorado with his young wife and their son.In a short video taken immediately after the shooting and obtained by WSVN-TV, the gunman can be seen dancing while people are heard screaming. The gunman then walks up some steps, the weapon in his hand. Source
at August 27, 2021