Navy Seal dropout, 20, is arrested for 'setting fire to $1.2bn USS Bonhomme Richard in 2020 and injuring at least 60': 'Vengeful sailor hated the Navy and had endured bad break-up'
The sailor charged with arson for allegedly setting aflame the 40,000-ton USS Bonhomme Richard, injuring more than 60 people, has been identified in an NCIS search warrant as a failed Navy SEAL bent on revenge. Ryan Sawyer Mays, 20, was named the primary suspect for the first time in the legal document, which was obtained by the Daily Beast and seen by the Daily Mail. Investigators were led to Mays after interviewing the 177 service members assigned to the Bonhomme Richard and several of them claimed to either see Mays around the scene of the fire before it was set, hear him say he was guilty while talking to himself or hear him express extreme disdain for the Navy. The warrant also says a polygraph revealed Mays was lying about certain relevant questions pertaining to the events of July 12, 2020, the day the fire was set. And further red flags were raised when Mays allegedly also lied to investigators about his personal life, claiming he had gotten another sailor pregnant. When she was questioned, the sailor denied ever being pregnant and said Mays was 'volatile and bipolar.'The affidavit states that Mays joined the Navy in 2019 'with the intent on becoming trained in the Advanced Electronics Computer Fields,' but 'changed his career goals to becoming a Navy SEAL.' Five days into his training, he dropped out and was assigned as an 'undesignated Seaman' abroad the Bonhomme Richard. Source 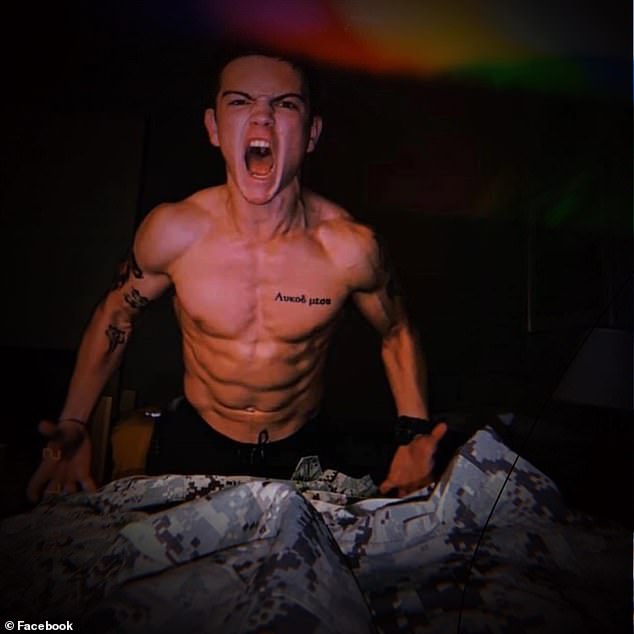