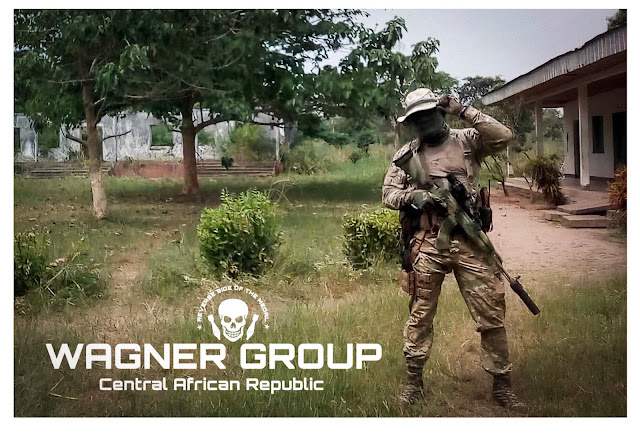 Black Muslim Immigrant was a member of Selaka alliance in the Central African Republic (CAR) trained by Putin's Wagner group.
Will post an update if and when the terrorist is caught.
He is described as:
The Holy Week Terror Attack:
A gunman wearing a gas mask and orange construction vest is on the run in Brooklyn after shooting at least eight people on a packed subway train in Sunset Park during rush hour on Tuesday. Shortly before 8.30am, the gunman is believed to have thrown a smoke bomb into a southbound R train at the 25th Street Station in Brooklyn, and started shooting as the doors of the train closed. Eight people were shot including one who is now in a serious condition but fire department sources say 13 in total were injured. The terrified passengers were then trapped until they reached 36th Street, the next stop along. Video shows them spilling out onto the platform as soon as the doors opened. Some passengers carried wounded victims off the train and lay them on the platform to render aid until help came. Others, fearing for their life, ran away in tears. Multiple undetonated devices were found at the 36th Street station, according to the FDNY, but the NYPD says none are active - all were smoke devices. One witness told The New York Post the gunman - who was described as a '5ft 5 black man weighing 170lbs', fired 'too many rounds to count'. It remains unclear what type of weapon he used. 'I thought he was an MTA worker at first because I was like, I didn’t like pay too much attention. You know? You’ve got the orange on,' the witness said. NYPD units are now scouring the city's empty subway tunnels looking for the gunman, who is feared to have jumped onto the tracks at 36th Street and fled. Source
Where was this Black Terrorist trained?
CAR
The Wagner Group in the Central African Republic (CAR)
In CAR, between 170 and 670 “civilian advisors” believed to be Wagner contractors arrived between March and July 2018, some along the border with Sudan. These and other Wagner contractors have trained both CAR government forces and pro-government militias.[8] Wagner provides escort protection to senior officials, including President Touadéra.[9] In related shipping operations, open-source investigators have found Ural 4230 transportation vehicles both in Sudan and CAR, corresponding to sales made to Lobaye Invest and Meroe Gold, two organizations tightly linked with Wagner Group. [10] The CAR example becomes more confusing, though, due to Russia’s involvement on both sides of the country’s internal conflict, as Russia arms both the government and the insurgent Selaka alliance. The latter threatens oil deposits owned by Chinese firms, creating tensions between Russia and China and potentially each state’s PMCs.[11] On the whole, though, Wagner’s involvement in CAR is aimed at supporting Russian political-military interests, including a willingness to butt heads with China.
Wagner Group and Russian PMC activity in Africa generally involve payment through mining concessions, operated by companies such as Lobaye Invest, M Invest/Meroe Gold, and their affiliates. In CAR, Lobaye Invest manages “activities ranging from mining to beauty pageants and the screening of Russian movies.” Three journalists were killed before an attempt to film Wagner contractors at Lobaye Invest-operated gold mines in July 2020.[12] Lobaye gained the gold and diamond mining concessions due to the PMC contract with Touadéra’s government, using PMC contractors as mine guards. Further, Touadéra employs Valery Zakharov as national security advisor, a Russian national with Russian military intelligence ties and Prigozhin financial links.[13] In Sudan, M Invest and Meroe Gold conduct mining operations, which were agreed upon at talks which Putin, Foreign Minister Medvedev, Defense Minister Shoygu, and former President al-Bashir attended.[14] Another Prigozhin company operated as the event’s catering service.[15] PMCs guarding Meroe Gold’s mining operations also attacked local protestors. Source

This time a man opened fire in a Brooklyn subway station during rush hour and left a trail of carnage behind. #Brooklyn #NewYorkCity #shooting pic.twitter.com/EskDWCOs6U