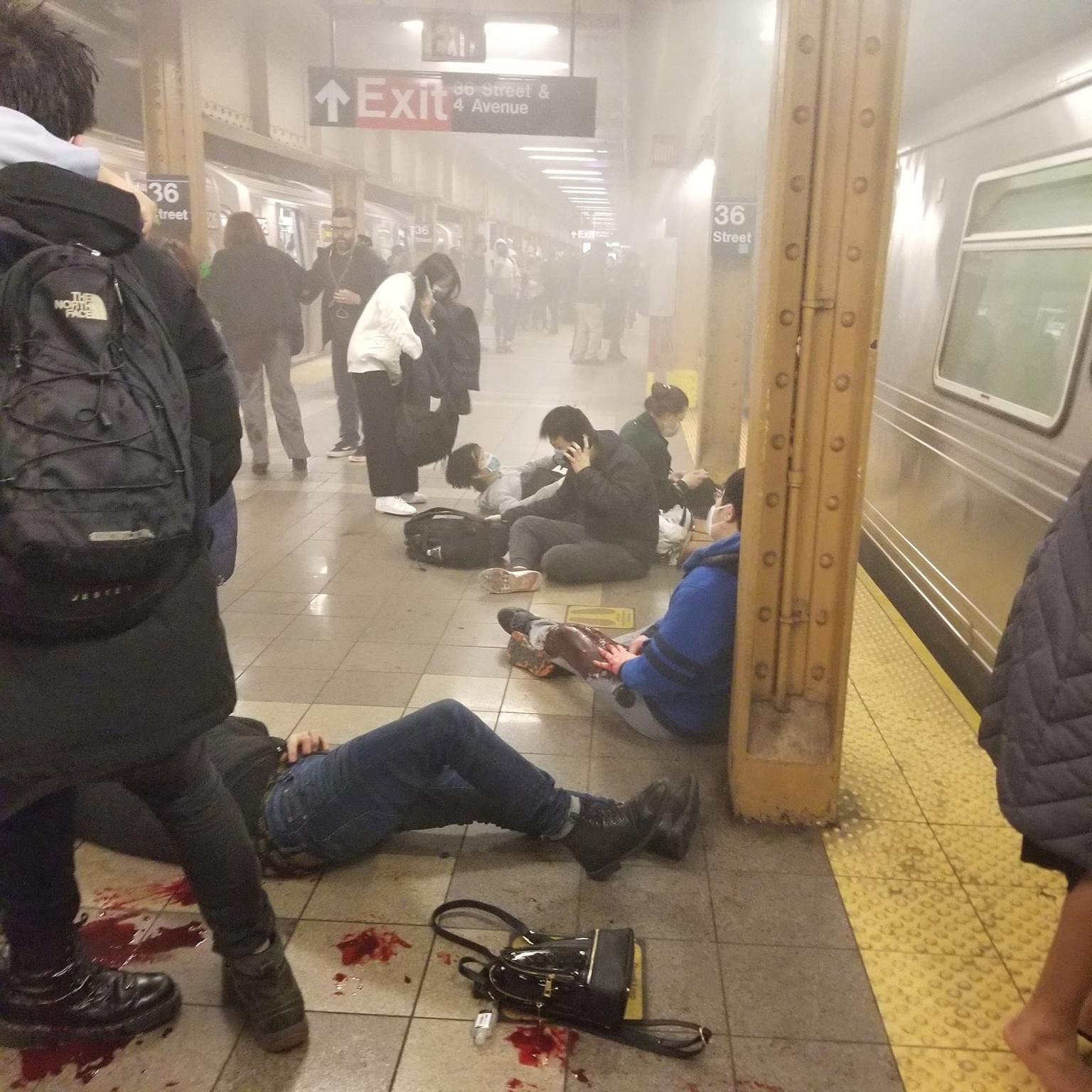 On The FBI Terrorist Watch List but was taken off in 2019.
Crossed over the Mexican Border?
Illegal?
Released under the Trump Presidency.....
Probably praying Muslim Prayers before the attack.....
I came face to face with mumbling Brooklyn subway shooter — here’s what he said
A straphanger told The Post he came face to face with the mass shooter who opened fire on a crowded subway Tuesday — and was targeted by the mumbling madman first. Subway rider Fitim Gjeloshi recalled how he was on the Manhattan-bound N train just before 8:30 a.m. in Brooklyn when he noticed the suspect sitting in the corner, muttering to himself. “I looked at him, and I thought to myself he was talking to himself for like awhile, so I looked at him, and I was like, this guy must be on drugs,” Gjeloshi said outside the 72nd Precinct in Sunset Park after talking to cops Tuesday afternoon. When the train briefly stopped underground after leaving the 59th Street station, the suspect suddenly whipped out a gas mask, Gjeloshi said. “When [the train] was about to hit 36th Street, we stopped for 5 minutes. He takes out a gas mask from one of his little luggage[s],” the witness said. “He opened one of his gas tanks, and he said, ‘Oops, my bad.’ He pulls out an ax, he drops it, he takes a gun out, he starts shooting.” The rider claimed that the suspect shot at him first, but he managed to dodge the bullet and emerge unscathed. “One guy gets shot right next to me. He says, ‘Help! Help’ ” Gjeloshi said. “I tell some person to help him out, cover the blood for him. I jump over, I bang the door and I kicked it with my leg,” Gjeloshi said. By the time the train pulled into the 36th Street station, the car was littered with wounded New Yorkers bleeding from the suspect’s barrage of bullets. In all, 10 people were shot and another 19 wounded, officials said. Miraculously, no one suffered life-threatening injuries. Source
Taken Off FBI Watch List in 2019:
Brooklyn Subway Attack Suspect Previously Known to FBI and Cleared: Source
federal law enforcement source told Newsweek that a suspect in Tuesday morning's Brooklyn subway attack was previously known to the FBI and was entered into the Guardian Lead system in New Mexico though he was cleared after multiple interviews in 2019. The suspect's identity has yet to be revealed, but a New York Police Department official confirmed to Newsweek that a person was in custody hours after a vehicle of interest had been discovered. The subway attack that injured multiple people in the New York City borough of Brooklyn Tuesday morning was initially considered an act of terrorism, the NYPD official told Newsweek. But the federal law enforcement source speaking to Newsweek said the attack could not be classified as terrorism until a motivation is established. Source
at April 12, 2022