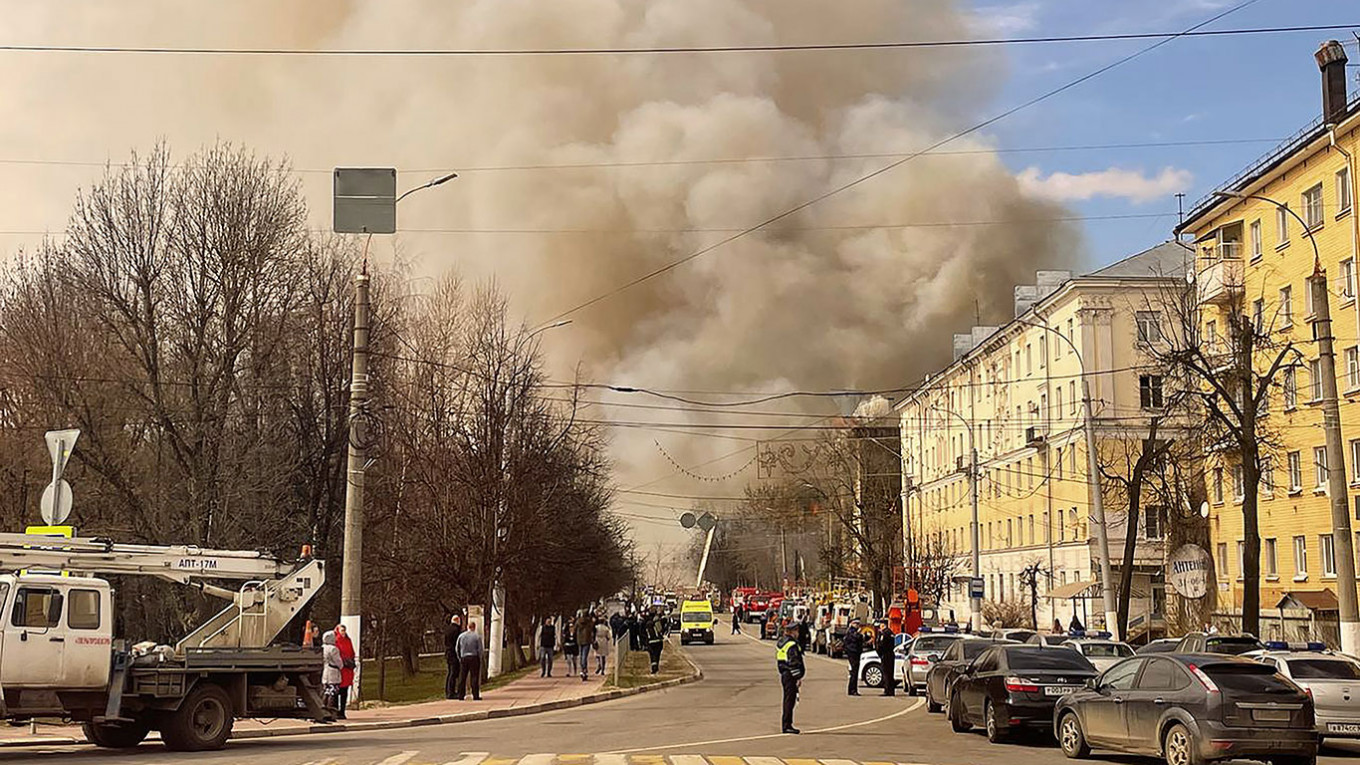 5 Dead in Fire at Russian Aerospace Defense Research Institute – State Media
At least five people have died and dozens more were injured in a fire at a Russian Defense Ministry research institute near Moscow on Thursday, the state-run TASS news agency reported, citing regional emergency services. Video footage shows plumes of dark smoke rising from the Aerospace Defense Forces’ Second Central Research Institute in the city of Tver some 150 kilometers northwest of Moscow. The 1,500-square-meter fire started on the second floor and ripped through the building’s upper three floors, forcing people inside to escape by jumping from windows. “A total of five people died. Twenty-five were injured,” TASS quoted its source in the Tver regional Emergency Situations Ministry as saying. The regional emergencies ministry said firefighting crews have been deployed to the scene and that there was no risk of the fire spreading to other buildings. The ministry and regional military prosecutors are now investigating the cause of the fire. Preliminary information points toward a problem with the building’s aging wiring as the cause, TASS cited its source in the emergency services as saying. The Defense Ministry said the institute focuses on research related to Russian air and space defense, as well as the development of new anti-aircraft systems. Source